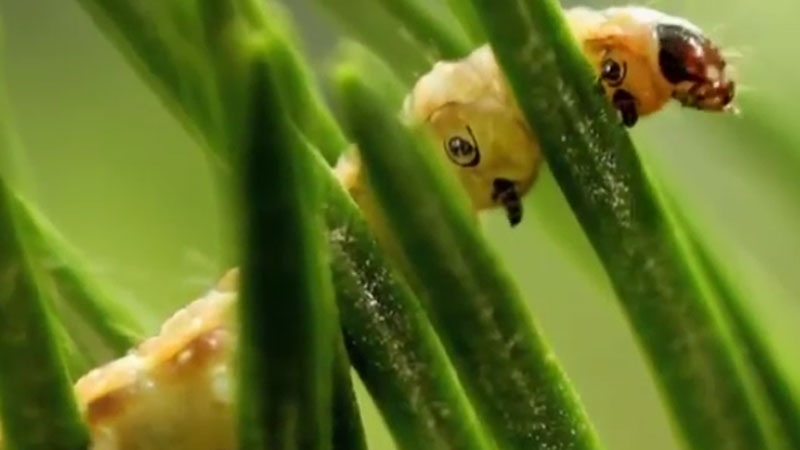 The spruce budworm has been spotted in forests in northern New Brunswick.

For the first time in decades, pockets of the spruce budworm have been found in the Maritimes, prompting scientists to spring into action.

Estimates suggest almost 80 per cent of balsam fir and white spruce trees were destroyed by the insect in Cape Breton in the 1970s and 1980s, as well as more than half of the red and black spruce population.

Gerald Holmes was an operations planner at the time. His job was to prepare the devastated forest for harvest.

“No green needles, just dead trees,” recalls Holmes. “Everything was grey and covered in webs.”

“The forest does come back, but it takes a long time,” says Chisolm. “It takes at least a generation.”

Populations of the insect are dense enough that scientists and those in the forest industry are working to implement a management strategy.

“The level of defoliation that could occur with the spruce budworm if it’s left untreated could be potentially devastating,” says research scientist Rob Johns.

“We can leave things as they are. That’s always an option, depending on what the cost-benefit analysis is of actually managing it. We can do salvage operations to collect the trees that have been damaged, we can also do some insecticide spraying like we have in the past.”

Johns is leading an $18-million federal government program to research the spread of the spruce budworm with the hope of halting an outbreak that can sometimes last 10 to 15 years.