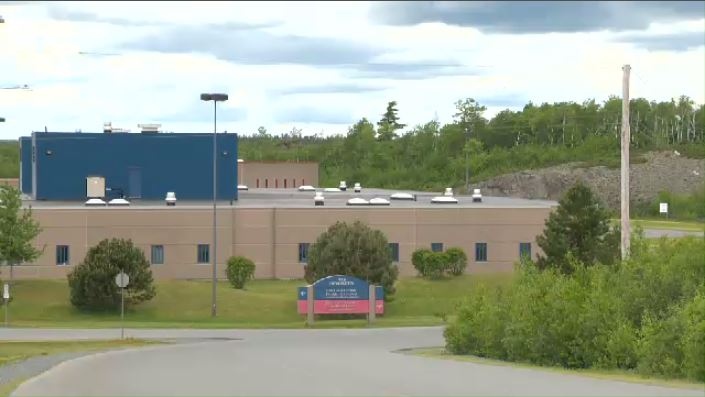 The Nova Scotia Government and General Employees Union says a pregnant nurse was sent to hospital after she was attacked by a patient at the East Coast Forensic Hospital.

The Nova Scotia Government and General Employees Union says a pregnant nurse was sent to hospital after she was attacked by a patient at the East Coast Forensic Hospital.

Halifax Regional Police confirm they received a report on Monday that a female employee had been assaulted by a female patient at the psychiatric hospital in Dartmouth.

Police say the woman was taken to hospital with non-life-threatening injuries.

NSGEU President Jason MacLean said in a news release that the nurse, who is 33-weeks pregnant, was left vulnerable because while her personal security alarm was within reach, it was held together with masking tape, which he says made it impossible for her to signal for help.

“If not for others hearing her screams who knows what the outcome could have been for her and her unborn child," said MacLean.

MacLean said a report was submitted to the Nova Scotia Health Authority exactly two months prior to the incident, expressing concerns that personal security alarms were not consistently in working order and that tape was being used to hold the alarms together, which he said prevents the emergency slide button from being easily activated.

MacLean said the report also included a request that an independent violence in the workplace risk assessment be conducted.

"This issue was brought to the employer two months ago, on two different occasions, and each time the concerns were dismissed,” said MacLean. “This nurse could have lost a child.”

MacLean said their concerns were not addressed to their satisfaction, so another report was submitted on March 28. In a follow-up meeting on April 16 – a week before the alleged attack – MacLean said employees were told an independent violence in the workplace risk assessment would be a waste of time.

"One week after having their safety concerns dismissed this nurse was attacked,” he said. "These are dedicated women and men who are committed to caring for sick and vulnerable people. They should be given the tools to do their jobs safely."

The NSGEU is calling on the NSHA to immediately conduct an independent violence in the workplace risk assessment, staff assessment, and equipment assessment in all provincial health-care facilities, starting with the East Coast Forensics Hospital.

"This is first hand proof that our health care system is being held together by tape,” said MacLean. “It's no exaggeration that someone is going to die if these concerns are not properly addressed."

Police say the investigation into the incident is ongoing.