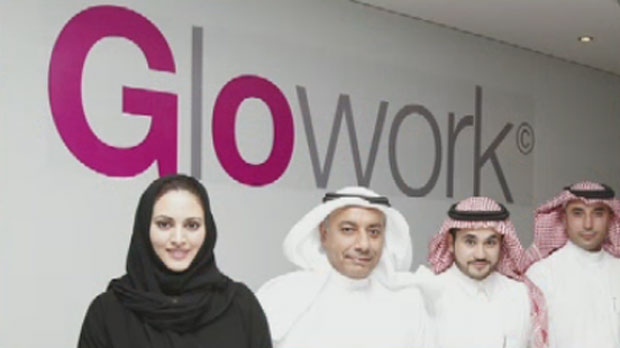 Finding a job after graduating from university can be a difficult task in the Maritimes, but as one recent graduate discovered, in Saudi Arabia it can be downright tough.

Khalid Alkhudair returned to his father’s homeland of Saudi Arabia and found a job in marketing.

“I had to find someone that would recommend me for the position that I’m currently in,” says Alkhudair. “That was the only way to find a job, purely based on recommendations.”

That got him thinking. If it was hard for him to find work, what would it be like for a woman to find work, especially in a country where women aren’t even allowed to drive?

Last year, the Saint Mary’s University graduate met with business leaders in the Middle East and came up with a website called Glowork, which helps Middle Eastern women connect with prospective employers.

“It’s not about making money,” says Alkhudair. “It’s really making sure you’re doing something for your community and you feel good about yourself. That’s worth more than gold.”

There was some opposition in the mostly conservative country at first, but now, thousands of women are using the site to find jobs.

“It wasn’t easy for him, but he kept on fighting,” says Alkhudair’s mother, Kholoud Aljiboury. “He wanted to achieve something for the ladies there.”

Now Alkhudair and his project are getting plenty of attention, both in Saudi Arabia and abroad. Earlier this month the New York Times ran a story on him.

“I’m actually very proud to see where he is today,” says Alkhudair’s wife, Najla Najm. “He’s being a part of the change that’s happening back in Saudi.”

Despite moving away from Nova Scotia five years ago, Alkhudair says he still feels very much a Maritimer.

“Just adopting what I’ve learned here on a daily basis, my daily life routine, has helped changed the lives of many,” says Alkhudair.

Alkhudair says he has plans to expand his website throughout the Middle East.