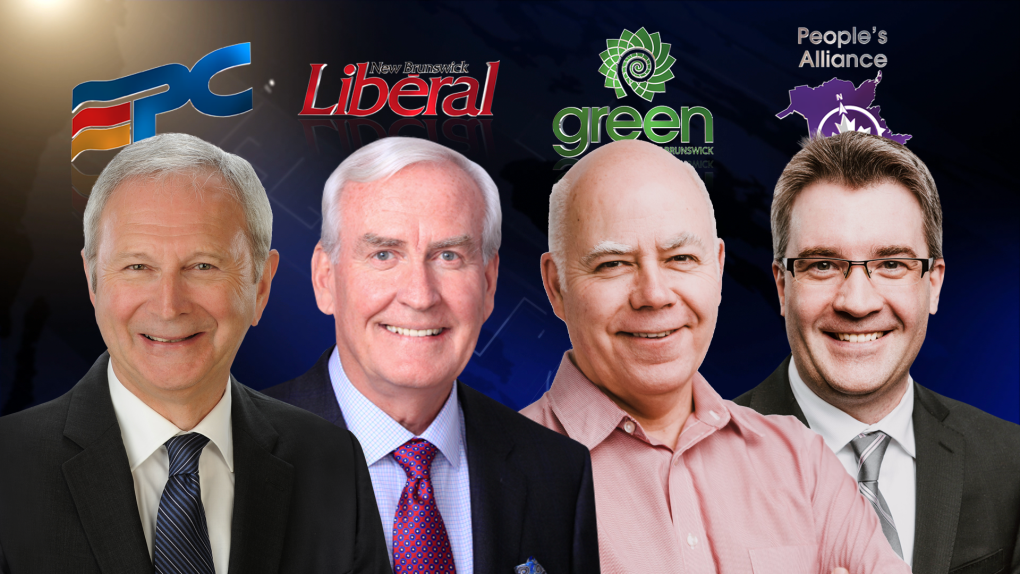 Here are a few quick facts about the four New Brunswick party leaders ahead of the Sept. 14 provincial election.

At dissolution, the Progressive Conservatives and Liberals each have 20 seats in the legislature, while the Greens and the People's Alliance each have three. There are two vacant seats and one Independent. 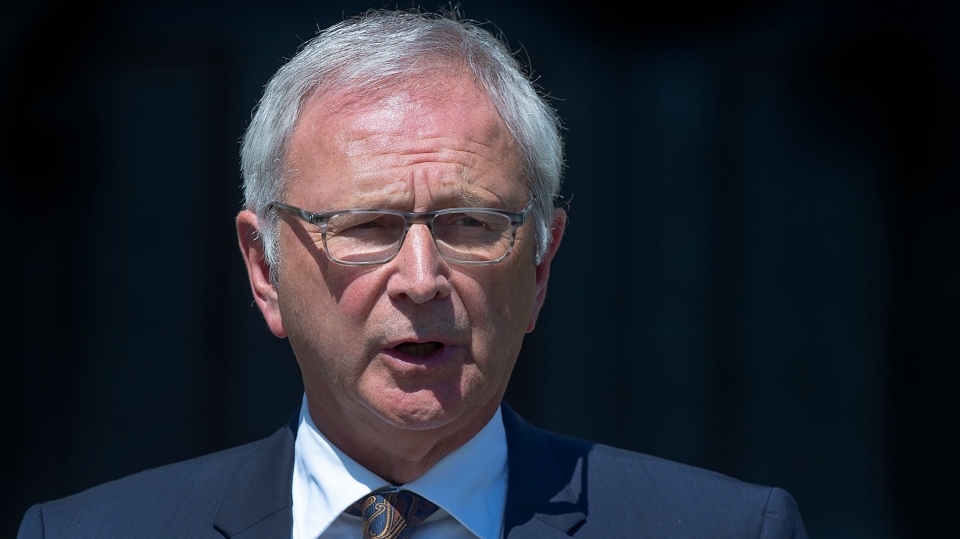 Job before politics: Worked at Irving Oil for more than three decades, rising through the ranks to become a senior executive at the New Brunswick-based company.

Key issue: Higgs says the issue is providing stability in New Brunswick as the province recovers from the impacts of COVID-19 and a possible second wave of the pandemic.

What to look for on the campaign trail: Talk of moving the province forward regarding the economy, education and investment over the coming months and years.

Did you know: Higgs grew up in Forest City -- a tiny, remote community on the Maine-New Brunswick border.

Quote: "We're going to be faced with a lot of challenges. We've only seen the tip of the iceberg up to this point. As our economy starts to ramp up, as we see our schools get back in service, and a second wave potentially, it's how do we manage that in a stable environment so we can move on? How do we get in that position?" 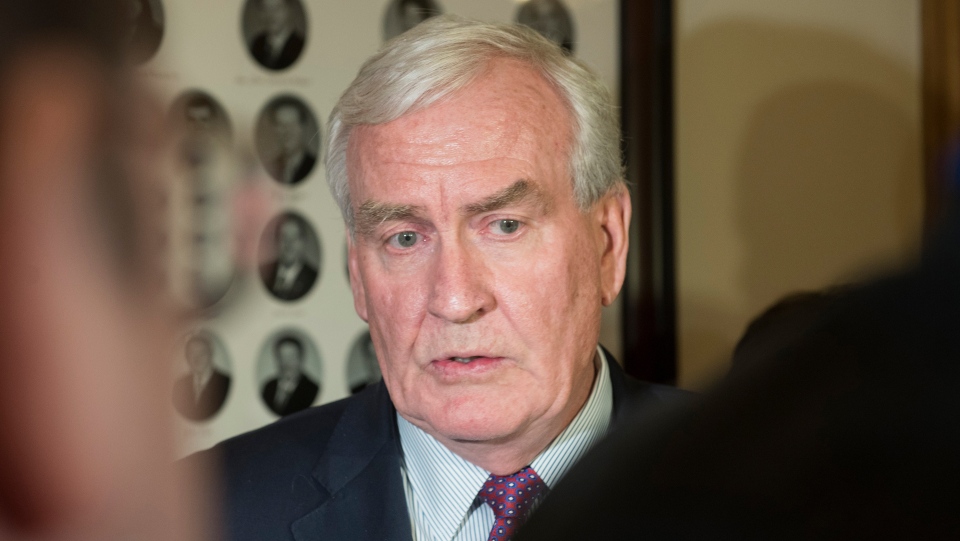 Kevin Vickers, leader of the Liberal Party of New Brunswick:

Job before politics: He was a member of the RCMP for 29 years, was sergeant-at-arms in the House of Commons and served as Canada's ambassador to Ireland.

Leadership history: Vickers was acclaimed as leader of the New Brunswick Liberal party in April 2019.

What to look for on the campaign trail: Talk of "transformational" economic change for New Brunswick and no further cuts to health care or education.

Did you know: During the Oct. 2014 attack on Parliament Hill, Vickers and an RCMP officer shot and killed the suspect. Comedian Stephen Colbert compared Vickers' actions to those of Bruce Willis in the movie "Die Hard."

Quote: "It is totally irresponsible to consider having an election during an international pandemic. It makes no sense. Our children are going to school in a few weeks' time. Our elderly are stressed. Our nursing homes have limited visitation rights. This is not a time for elections; this is a time to be focused on New Brunswick. Instead of being busy considering (an) election, I asked the premier, where is your economic recovery plan?" 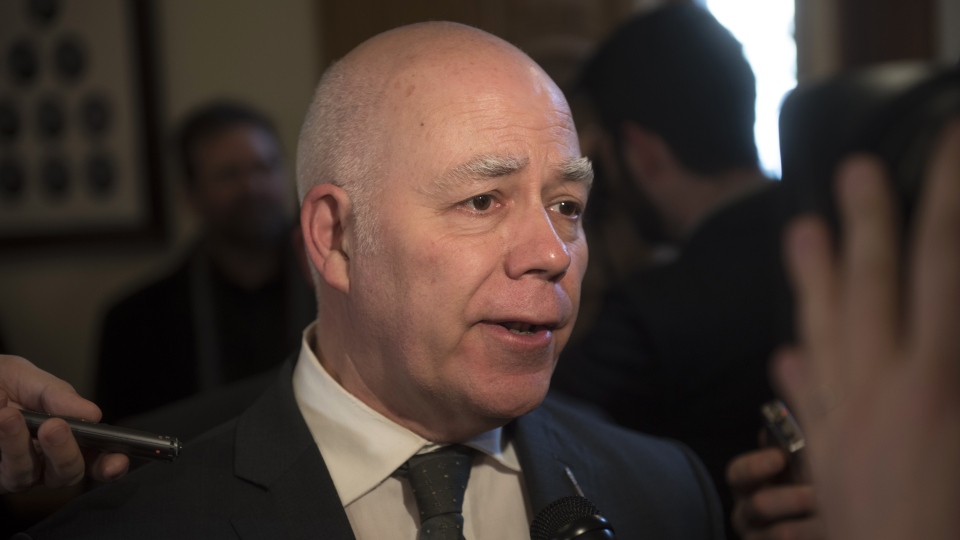 David Coon, leader of the Green Party of New Brunswick:

Job before politics: A trained biologist, Coon spent about three decades as environmental advocate, much of it at the Conservation Council of New Brunswick.

Leadership history: Elected as party leader in 2012 and won legislature seat in 2014 -- a first for the province's Green Party.

What to look for on the campaign trail: Talk of building a green economy for New Brunswick.

Did you know: Coon lists Acadian folk artists Lisa LeBlanc and Les Hey Babies as among his favourite musicians on his Facebook page.

Quote: "The opportunity does not lie with going back to the days of coal-burning industries or mining plutonium from nuclear wastes. Opportunities abound with setting a course for a society fuelled by renewable energy, fed by our farmers using organic practices, and an economy where we produce more of what we need here, making us less dependent on imported goods." 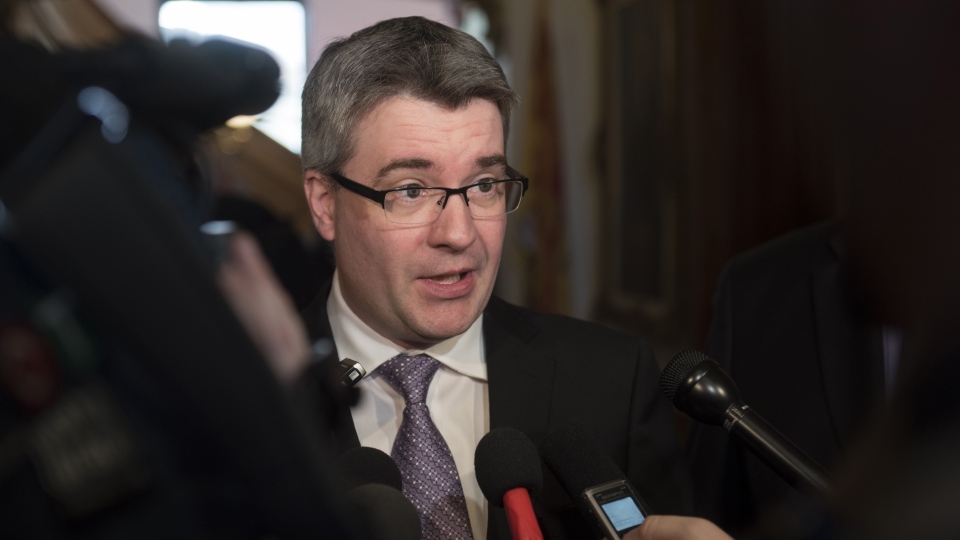 Leadership history: He co-founded the party in 2010 amid anger over the then-government's plan to sell NB Power to Hydro-Quebec. He almost won the riding of Fredericton -- Grand Lake in 2014, losing by about 25 votes. In 2018, he won the riding by almost 2,400 votes.

What to look for on the campaign trail: Populist takes on bilingualism, taxes, democratic reform.

Did you know: He attended a theology seminary in Maine, and helped develop schools and orphanages in Haiti.

Quote: "New Brunswick is facing unprecedented challenges that require both accountability and co-operation. Through this historic minority government, no one political party has absolute control, and it's this model that has served the province so well over the past two years. Because of it, I believe the people will agree and continue to keep a minority government with diversity of thought."