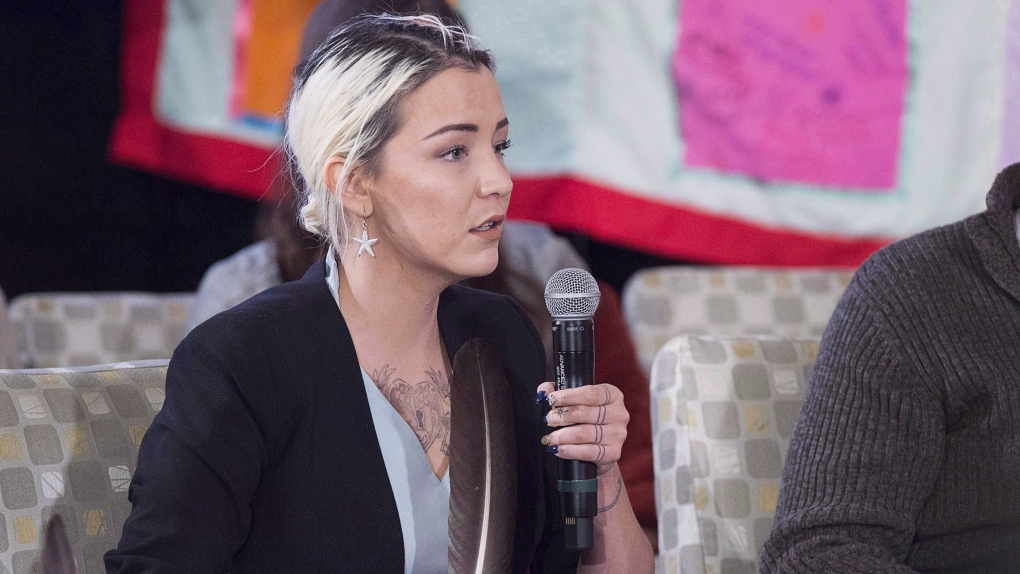 Diem Saunders, sister of the late Loretta Saunders, is seen at the National Inquiry into Missing and Murdered Indigenous Women and Girls, in Membertou, N.S., on Monday, Oct. 30, 2017. THE CANADIAN PRESS/Andrew Vaughan

The RCMP say their the investigation into a sudden death last Tuesday in Happy Valley-Goose Bay concluded nothing criminal had happened.

Family members of have confirmed Diem Saunders was the subject of the investigation.

The 29-year-old Saunders was the sibling of Loretta Saunders, who was murdered in Halifax in 2014.

Saunders won an Ambassador of Conscience Award from Amnesty International in 2017 for her work advocating for Indigenous rights in Canada.

This report by The Canadian Press was first published Sept. 13, 2021.