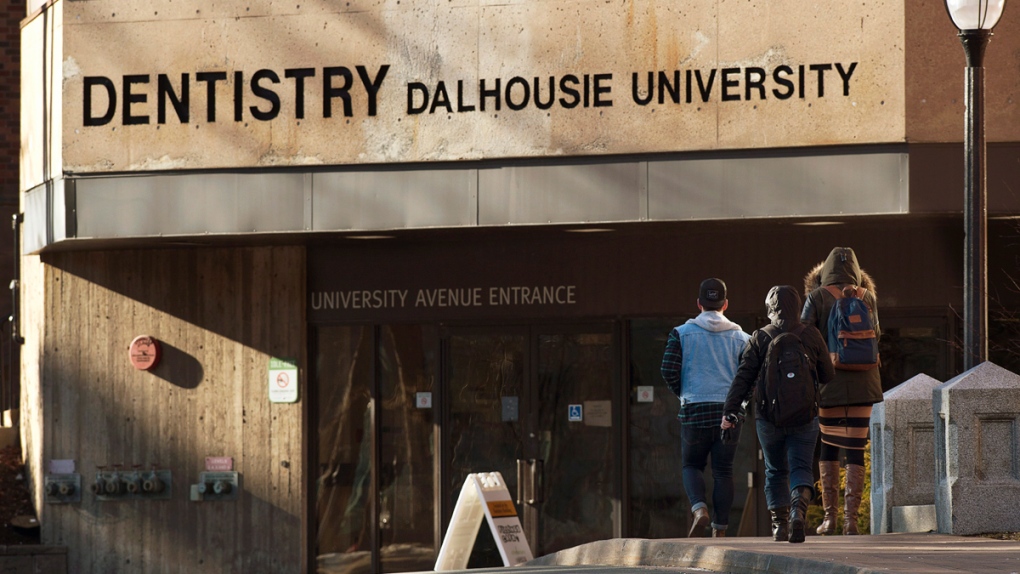 HALIFAX -- Dalhousie University's use of restorative justice to deal with misogynistic Facebook posts is being called a "game-changer" by a leading expert in the field as others question whether it was the right approach.

With the male dentistry students involved in the case being allowed to return to clinical practice from suspensions, those critical of the Halifax university's handling of the controversy have expressed reservations at a lack of public accountability surrounding restorative justice.

But proponents of restorative justice say those questions are based on a misunderstanding of the process.

Brenda Morrison, director of the Centre for Restorative Justice at British Columbia's Simon Fraser University, commended the school's administration for taking action that went against the public outcry for conventional disciplinary measures.

"I'm in awe of the level of commitment, courage, compassion and time that Dalhousie has been willing to give this process," said Morrison, who has supported the process at Dalhousie by answering questions from facilitators.

"Everybody there is under pressure to do the conventional thing and just push the problem and the people out the door, which bypasses any opportunity to learn and grow from this.

"I think this particular case will be a game-changer."

The school in Halifax suspended 13 fourth-year male students about two months ago for being members of a Facebook page that contained sexually violent content about female classmates.

University president Richard Florizone later announced that the male students and female students who were targeted in the posts would participate in a restorative justice process, which uses an informal and confidential resolution procedure that includes all of the parties involved.

Morrison said there is plenty of research supporting restorative justice programs at the grade-school level in the United States outside the justice system, where the process originated, but it hasn't made it to universities.

"In Canada, Dalhousie is in the lead," she said, adding she believes the school's approach will become a benchmark for other universities.

"We conflate the problem with the person and we need to separate those out so we can understand the problem more fully by having difficult conversations with those directly involved and really digging deep."

But a professor of gender and women's studies at Dalhousie University said the process doesn't address the different levels of culpability. Jacqueline Warwick said she would have liked to have seen a formal investigation before a restorative justice process was launched.

"Without a proper investigation we can't know what an appropriate penalty is for all of the players," said Warwick, one of four professors who filed a complaint in December calling for the interim suspension of the students pending a formal investigation.

Twelve of the 13 male students recently issued an open letter expressing remorse for their involvement in the Facebook group. In the same letter, six women who were the target of the posts on Facebook said what was said was harmful and reflected "a broader culture" within the university and society.

But Warwick said the apology from the male students would have been more meaningful if they came forward publicly.

"A sincere meaningful apology has to own the actions and say, 'This is what I did. I'm sorry and it was wrong.' When it's a group apology that's blurred," said Warwick.

A 13th member of the Facebook group and self-proclaimed whistleblower did not participate in the restorative justice process and fought at an academic standards committee to have his reputation cleared.

Bruce MacIntosh, a lawyer for Ryan Millet, made similar arguments to Warwick's in an opinion piece he originally wrote for a local newspaper, saying the process doesn't determine levels of responsibility.

"In the rush to quench the unquenchable public thirst for retribution, no one stopped to interview the victims, or the alleged perpetrators, to determine which students were truly culpable," MacIntosh wrote in the piece he distributed to various media on Jan. 19.

"To be clear, my client agrees restorative justice is an invaluable legal and social tool for those guilty of unprofessional conduct. However, that tool should only be used after there has been a due diligence finding of guilty conduct, not assumption of guilt by association with others."

But Jennifer Llewellyn, a professor of law at Dalhousie University and an adviser to the process at the dentistry school, said restorative justice is misunderstood.

"It gives us the opportunity to look at the broader picture at the same time as we're addressing the very important and significant individual issues," she said. "It doesn't force us to choose."