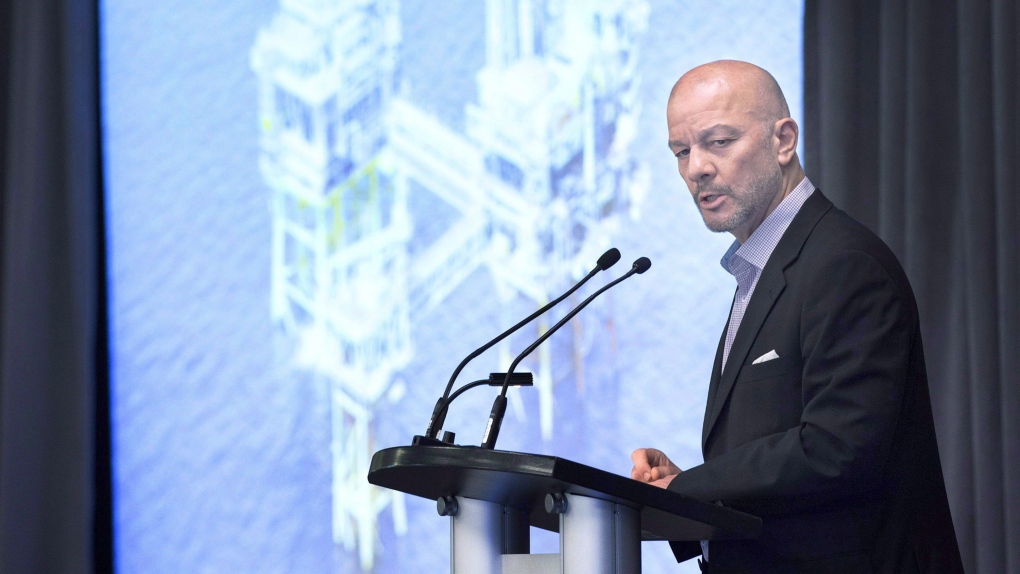 Friedrich Krispin, Sable Offshore Energy Project decommissioning manager from ExxonMobil Canada, addresses a business conference in Halifax on Wednesday, April 26, 2017. Sable is Canada's first offshore natural gas project with production starting in 1999. While the lifespan of the natural gas fields was expected to be 25 years, the company is finalizing arrangements to dismantle the offshore wells and production platform. THE CANADIAN PRESS/Andrew Vaughan

HALIFAX -- A government agency says all production from the Sable Offshore Energy Project off the coast of Nova Scotia has been permanently shut down.

The Canada-Nova Scotia Offshore Petroleum Board says production from all of the Sable project's fields ended on Monday, as planned.

The natural gas field, about 300 kilometres southeast of Halifax, started producing in late 1999 and consists of seven offshore platforms in five different fields with 21 wells.

Board spokeswoman Stacy O'Rourke says well plugging and decommissioning activities will continue throughout 2019.

On its website, ExxonMobil Canada says it submitted a formal application to abandon the site in March 2018.

The company has said it would "ensure decommissioning activities are planned and managed to mitigate any associated risks to safety or environment."