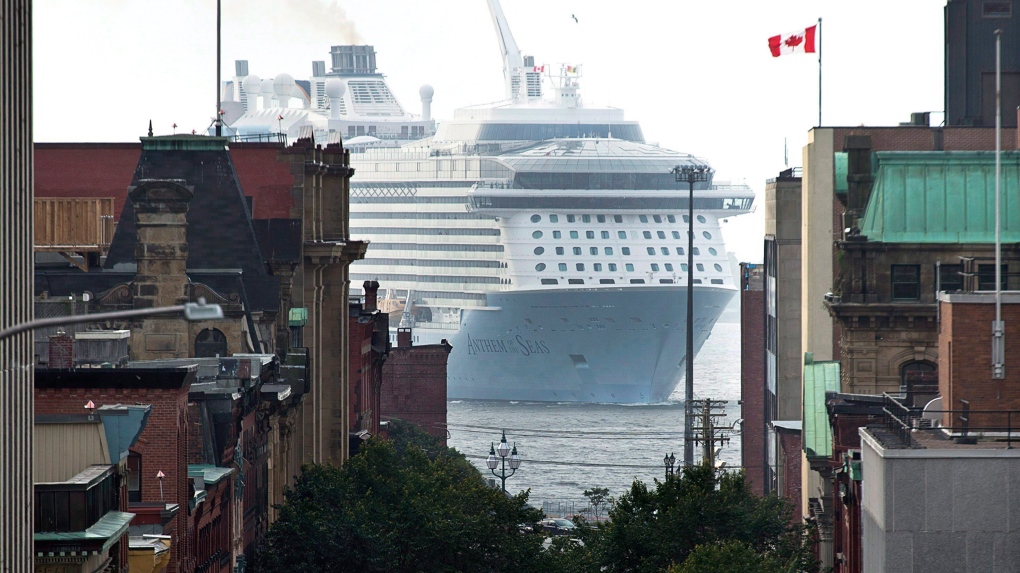 The cruise ship MS Anthem of the Seas arrives in Saint John, N.B., on Tuesday, Sept. 5, 2017. (THE CANADIAN PRESS/Andrew Vaughan)

SAINT JOHN, N.B. -- The port of Saint John, N.B., is expecting a banner cruise ship season, with nearly a quarter of a million passengers and crew to visit in 2018.

Port Saint John president Jim Quinn says it will be the fourth consecutive year of growth and a significant increase in the number of cruise guests.

Quinn says that's a 19 per cent increase in passengers over 2017.

There will be 14 days this year when Saint John has two ships in port and two days where there are three ships in the harbour.