Softwoods in Maritimes to decline due to global warming: federal study 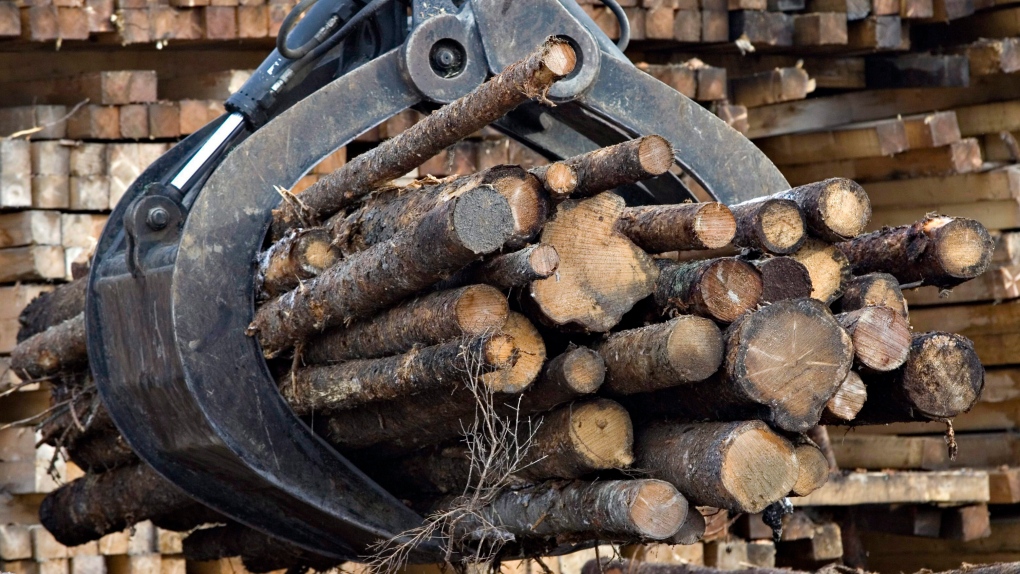 HALIFAX -- A new federal study says climate change in the Maritimes may lead to a gradual reduction in the growth of softwood trees, which are crucial to the region's pulp industry.

Using computer models, the Natural Resources Canada study marks the first region-wide assessment of the composition and growth of the Acadian Forest to the end of this century.

The forest is carefully watched in forestry circles, as it is a unique mix temperate forests, with warmer weather trees like red maples, and boreal forests that include fir and spruce.

Assuming that greenhouse gas emissions continue at "business as usual" levels, the study says the woodlands will experience an average temperature rise of 7 C by the end of the 21st Century.

As a result, in the latter half of the century trees like red spruce will decline in abundance between 10 to 20 per cent when compared with 2011, while the hardwoods that prefer warmer climates will increase.

The study's author, scientist Anthony Taylor, says there are still some uncertainties about the model because some factors are still being studied.

Still, he says the model presents some causes for concern for the forestry industry.

"It's suggesting ... by the end of the century those particular species that the industry relies heavily on will not be performing as well as they are today," he said in an interview.

His paper suggests several methods of adapting forestry practices, such as planting species of softwood that are proven to be more resilient in warm climates.

The paper also says the industry could start thinning forests to allow temperate species to grow more quickly, rather than to promote softwoods that will struggle in the warmer weather.

The study, published in the journal Forest Ecology and Management, predicts there will be an overall decline in the size of the Acadian forest because the increase in hardwoods like red maples won't make up for the lost softwoods.

The paper says there are currently 32 species in the region, with about half of them being boreal species like spruce, pine and fir.

Van Lantz, a professor of forestry economics at the University of New Brunswick, said he published a peer reviewed study in 2012 that looked at the effects of climate change based on historical data, but the newer model shows a sharper rate of decline.

"It was a surprise to me. It's caused me today to write ... a project proposal with Natural Resources Canada to get into depth on the economic consequences of this projected decline," he said.

The forestry industry is a major part of New Brunswick's economy, estimated to be close to five per cent of its gross domestic product, with softwood making up the majority of the total, Lantz said.

"It's very worrying. ... When the timber supply is reduced by a certain percentage you get a similar reduction in the forestry sector and that's a lot of money."

Tracy Glynn of the Conservation Council of New Brunswick said in an email that the mid-century decline of softwoods points to the need for New Brunswick and the other Acadian forest regions to consider adapting to forests that will eventually have more hardwoods.

"We can start by ending the spraying of planted clearcuts that wipe out hardwoods in favour of softwood plantations: a call that has been growing momentum in the province recently, with over 35,000 people signing a petition to end glyphosate spraying in the woods," she wrote in an email.

She also said the conclusions point to the need for different forest management.

"In a future of climate change, we need to look at non-softwood products and make sure that we manage them in a sustainable way that protects a healthy forest."