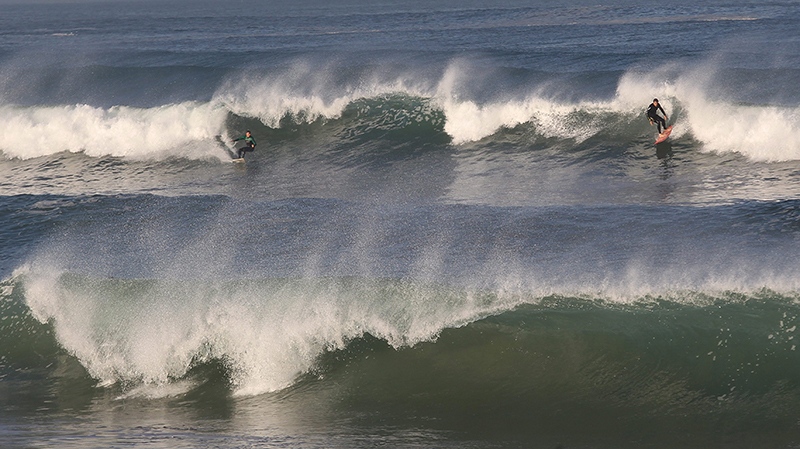 HALIFAX -- Heat waves in the world's oceans are getting longer and more frequent, according to a new study that warns the phenomenon will likely continue to alter marine ecosystems, harm fisheries and kill various species.

Eric Oliver of Dalhousie University in Halifax, who led a team of researchers from Australia, the United States and the United Kingdom, said they found that annual marine heat-wave days increased by 54 per cent between 1925 and 2016.

"We will continue to see impacts on our marine ecosystems, making them less stable and predictable," Oliver said in a release. "These are systems that many around the world rely on for food, livelihoods and recreation."

The study, released Tuesday in the journal Nature Communications, found the prolonged heat can harm biodiversity, as well as fisheries and aquaculture. For example, the authors say a marine heat wave off western Australia in 2011 altered the plant composition in an ecosystem once dominated by kelp. He said that shift remained even after water temperatures returned to normal, suggesting the changes may be long-lasting if not permanent.

A year later, high temperatures that lasted from 2014 to 2016 in the Gulf of Maine caused the lucrative lobster fishery to be flooded with cheaper early landings, while persistent warm water in the North Pacific caused fishery closures, strandings of marine mammals and harmful algal blooms along the coast.

"It even changed large-scale weather patterns in the Pacific Northwest," the release states.

Oliver said the increased frequency in heat waves is due likely to a global increase in mean ocean temperatures. Because of that, the team says that will likely continue since they expect ocean surface temperatures to continue to warm.