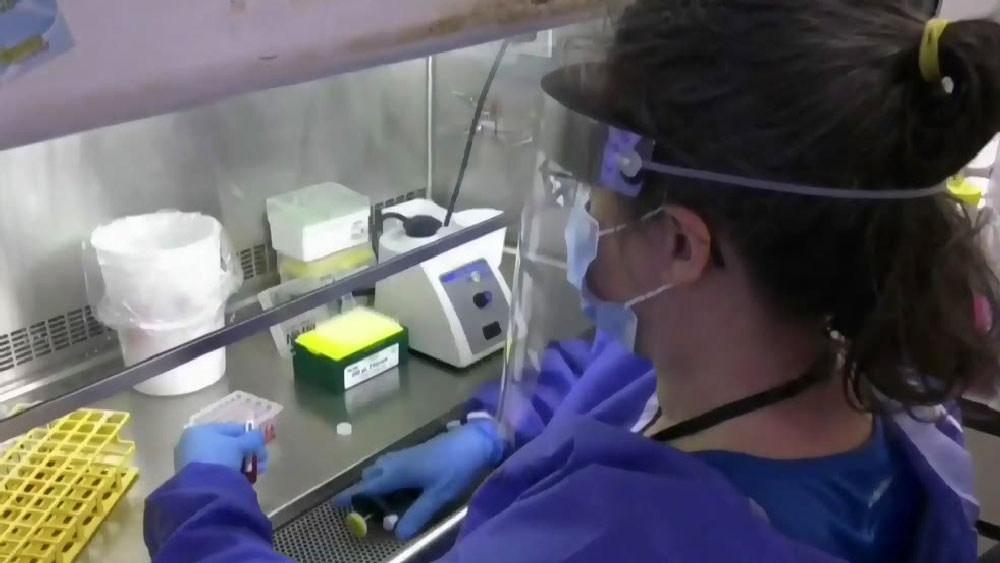 The rapid spread of the outbreak has since been linked to the B.1.1.7 variant first detected in the United Kingdom.

ST. JOHN'S, N.L. -- Superspreader events are what led to a COVID-19 outbreak that swept through young people in Newfoundland and Labrador's capital region and shut down the provincial election, health officials said Wednesday.

Though the province's public health team hasn't identified the exact origins of the outbreak, chief medical officer of health Dr. Janice Fitzgerald says there was significant spread at several sports events during the first weekend of February.

She reported 244 new cases over the following five days and introduced a provincewide lockdown, prompting authorities to cancel all in-person voting in the provincial election. By the end of February, daily case numbers were once again in the single digits, just as they had been in the nine previous months.

Fitzgerald said Wednesday she and her team are cautiously relieved to have so quickly beat back an outbreak that shattered records across Atlantic Canada for daily case numbers and active infections.

"It was in no small part a collective effort by everybody who abided by the measures," she told reporters. "We've seen in other areas where even though those measures were put in place, if people aren't compliant, the spread still happens."

Officials have said the outbreak was caused by the B.1.1.7 COVID-19 variant, which was first detected in the United Kingdom and is believed to be a more contagious mutation.

His modelling indicated that after Fitzgerald introduced lockdown measures on Feb. 12, case numbers were cut in half roughly every four days.

Rahman said he was surprised by the rapid spread of the outbreak and how quickly it was contained once lockdown measures were imposed. "I was also pleasantly surprised in how the population reacted to it, especially in a younger cohort," he said.

"We need to really respect the virus, but also have confidence that with correct public health measures, we can take control of the situation."

Rahman's models indicated the virus first spread through people under 20 years of age and then infected older people. Both Fitzgerald and Rahman said that was likely because many younger people showed no symptoms and had no idea they were sick, and thus spread it throughout their households.

Fitzgerald said she's pleased vaccine maker Moderna plans to include children in clinical trials for its COVID-19 vaccine. The virus doesn't often make children severely ill, so the purpose and focus of vaccinating kids is to build immunity within the population, Fitzgerald said.

"We're very hopeful that those trials will give us good information about using ΓÇª vaccines in this age group," she said.

This report by The Canadian Press was first published March 17, 2021.