Ten things to know about the Nova Scotia election campaign 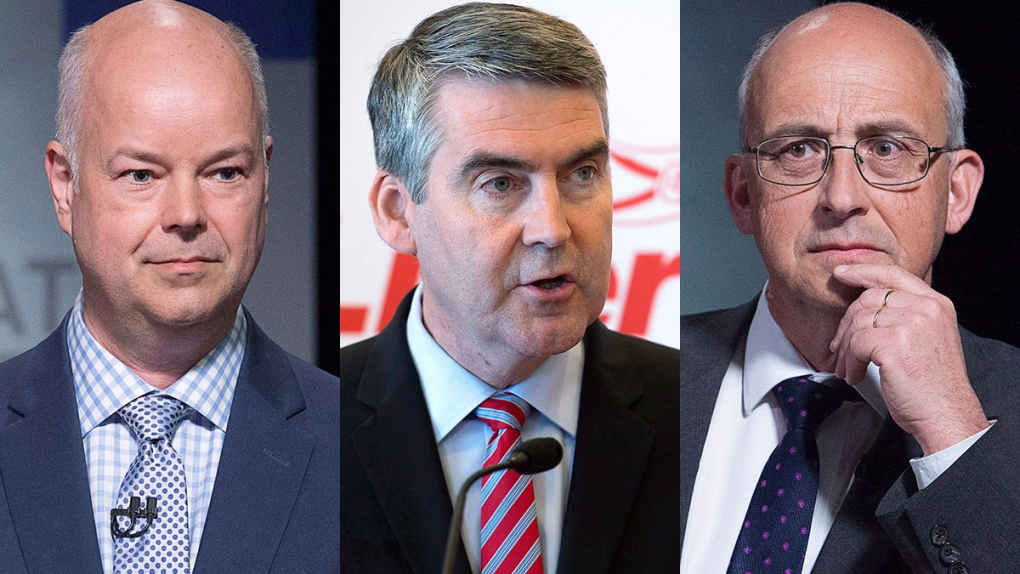 1. Polls forecast a Liberal advantage, but no sure thing.

Most polls have showed the incumbent Liberals in the lead throughout the race, but the Tories appeared to be closing the gap as the clock ticked towards Tuesday's election.

A Mainstreet/iPolitics poll released on Monday suggested a spike in the number of undecided voters and volatility in seat projections that could mean that an array of electoral outcomes -- from a second Liberal majority to a Progressive Conservative government -- are possible.

2. The Liberals have positioned themselves as the party of sustainable economic growth.

The Liberal platform includes more than $1 billion in spending commitments and tax cuts over four years, along with promises to do more for vulnerable Nova Scotians.

3. The Tories have vowed to keep province in the black with an "optimistic," pro-growth agenda.

The Progressive Conservatives have put forward a bullish plan to spur economic growth through millions in spending commitments without returning to deficit, according to the party.

4. The New Democrats have promised new spending at the expense of balanced books.

5. The Tory leader frames the election as a "referendum" on Premier Stephen McNeil.

Jamie Baillie has pitched himself as a sunny alternative to the incumbent premier, but that hasn't kept him from dragging McNeil's name through the mud. The PCs issue a daily blast of anti-Liberal talking points, and Baillie has cast himself as cure to four years of "mean-spirited" governance.

6. McNeil took off the gloves in the final stretch of the campaign.

For the most of the election, McNeil brushed off his opponents' criticisms with policy-based rejoinders, but as the race has appeared to tighten, the Liberal leader has gone after Baillie for political "fearmongering" and trying to paper over a "$500-million hole" in the Tory platform -- a claim a PC party spokesperson has dismissed as baseless.

7. NDP is angling for political comeback.

The New Democrats have a steep hill to climb for the party to reassert itself as a major player in Nova Scotia. It suffered a humiliating defeat in the 2013 provincial election, falling from a 33-seat majority to third place. On the plus side, being in last place has made them less of a target for the other parties this time.

Burrill hopes to win his own competitive race in Halifax-Chebucto, having won the leadership last year without a seat.

8. Candidates of all stripes were haunted by their online histories.

Each of the three major parties lost a candidate due to online posts.

The Tories turfed their Dartmouth South candidate because of off-colour social medial posts including a joke about date rape, while the NDP candidate in Dartmouth East was forced to withdraw over sexist and homophobic content on a website he hosted. The Liberal candidate for Pictou East was also ejected for mocking people with mental disabilities on Twitter.

9. Messy labour disputes could haunt the Liberals on election day.

Long-simmering tensions between the McNeil government and Nova Scotia's 9,000 public school educators ended with an imposed agreement. The Liberals have since made strides to address teachers' classroom concerns, but the party's popularity appeared to take a hit even before the campaign began.

Labour advocates still have a watchful eye on the government's unproclaimed Bill 148, with its power to impose settlements and restrict arbitrated settlements.

10. The number one ballot box question is health care -- or so the Tories and NDP hope.

The Tories and NDP have laid the province's health-care deficiencies -- including doctor shortages, emergency room closures and lack of mental health services -- at McNeil's feet.

The premier says the system has improved during his term, but has been dogged by an unfulfilled 2013 campaign pledge to ensure all Nova Scotians have access to primary care.