The Men of The Deeps mark milestone with 50th anniversary tour 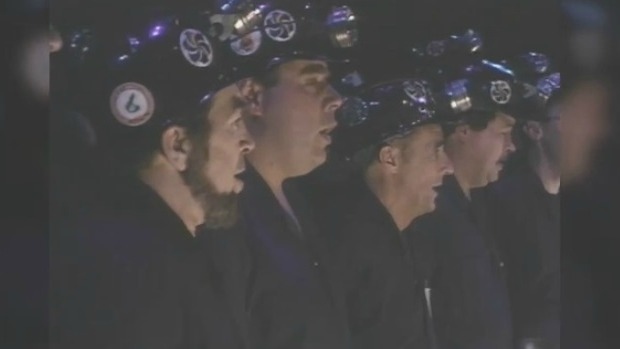 For half a century, North America’s only choir of coal miners has been singing for audiences all over the world. Now, to mark their 50th anniversary, the group has scheduled a year full of big plans to mark the important milestone.

The Men of The Deeps have been sharing their stories through song for 50 years, creating a special bond of shared experience.

That authenticity has kept the Cape Breton act tugging at the heartstrings of audiences, especially here in the Maritimes, with the rich coal mining history.

“They know what they're singing about, they haven't heard it from somebody else, they've lived it,” says Yogi Muise, choir member.

The Men of The Deep will embark on a two week 50th anniversary tour through Ontario at the beginning of April. Then, the singing miners return home for a golden anniversary gala May 1 at the Savoy Theatre in Glace Bay, N.S.

The golden anniversary tour is, in many ways, a tribute to the men who have been there since the beginning – their vocal cords still going strong to this day.

“We have three or four original members who are still in the group since its inception, so that's pretty special,” says MacIntyre.

Over the decades, the miners have seen the world through the light of their headlamps.

“Kosovo sticks out for me, China sticks out, you go halfway around the world and you wonder how you got there,” says Muise. “If Men of The Deeps did end tomorrow, I'd have to look back and say it's been quite a ride.”