This 3,000-year-old Egyptian exhibit is making its North American debut in Halifax

HALIFAX -- With March breaks upon us, many Maritimers are making plans for their week-long vacation. But what about spending a day with 3,000-year-old ancient mummies?

The Musem of Natural History is providing that option with its newest exhibit, “Egyptian Mummies and Eternal Life,” but only for a limited time.

"We are very excited to be the North American debut for this incredible exhibit,” said Jeff Gray, the curator of visitor experience and exhibits at the Museum of Natural History.

Haligonians are the first on the continent to host the exhibit that showcases over 100 ancient artifacts including mummies, painted sarcophagi, funerary trousseau, and votive objects. 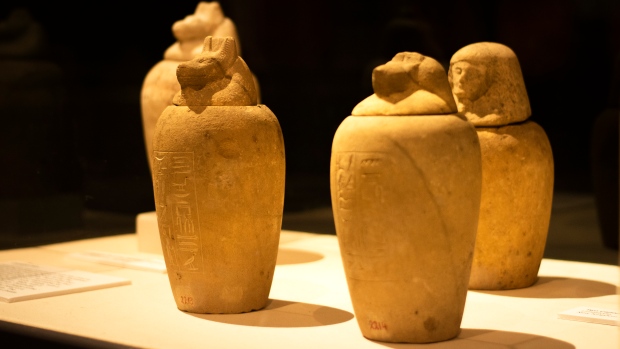 Pictured above are authentic canopic jars, used to store internal organs, and usually placed in a sarcophagus with a mummy. (Photo courtesy: Jeff Gray)

"I think when our visitors go through and see how special these items really are, I think they'll understand that as well," said Gray. 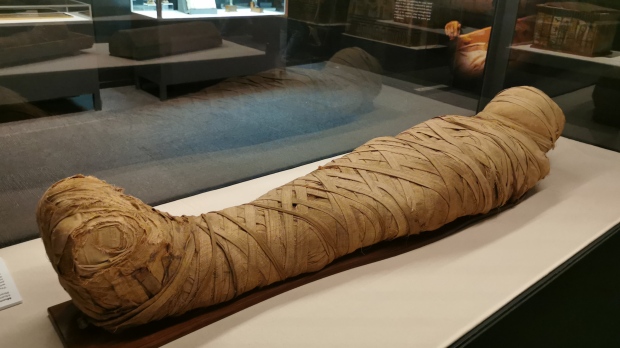 Egyptians believed it was possible to live again after death, but the body had to be in as life-like a manner as possible for that to happen.

The ancient attraction comes from the National Archaeological Museum in Florence, Italy, where a larger museum featuring over 14,000 artifacts sits today.

Gray, who oversees the sourcing of Halifax’s exhibitions, says this one has been a long time coming.

“The exhibit has travelled extensively through Europe and China… We had been looking for an Egyptian exhibition for 10 years,” said Gray.

“They were looking to come to North America, and had a show that fit our space, budget, and schedule needs. It’s an involved process but it’s always exciting.” 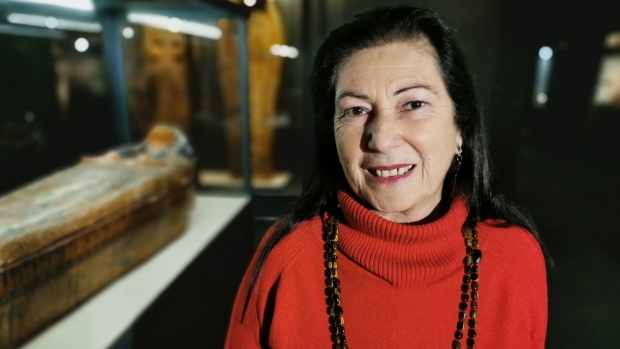 Maria Cristina Guidotti, the director and curator at the National Archaeological Museum, had an interest in Egyptian culture since the age of 12 when she first visited Egypt. She studied Egyptology in University.

In an interview with CTV News last week, Maria Cristina Guidotti, the director and curator at the National Archaeological Museum said, like her, people find these types of exhibits relatable.

"I think people are fascinated because this culture is very, very, very ancient, one of the most ancient in the world,” said Guidotti. “But it's conserved very, very well. There are some objects that are the same to the objects now."

"Everyone contemplates their life, and what will happen to them when they die. The Egyptians were very interested in preparing themselves for eternal life,” said Gray.

The exhibit is divided into three rooms. 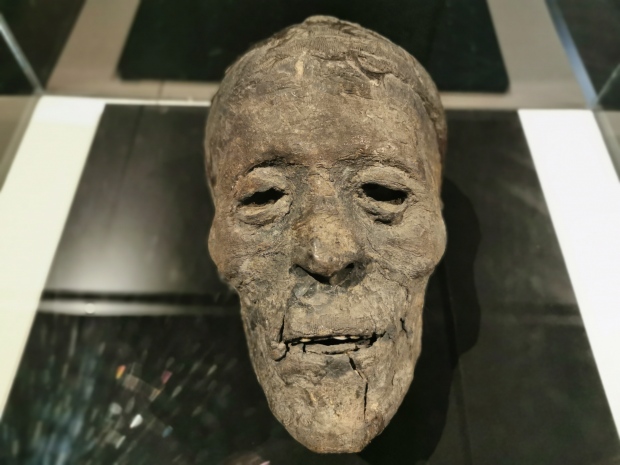 Pictured above is a mummified head of a young man, showcased at the Museum of Natural History.

“You will see real mummies, but you'll also see the tools that were used in the mummification process. You'd see canopic jars where organs would have been placed, funerary boxes would have been used in this process as well,” said Gray. 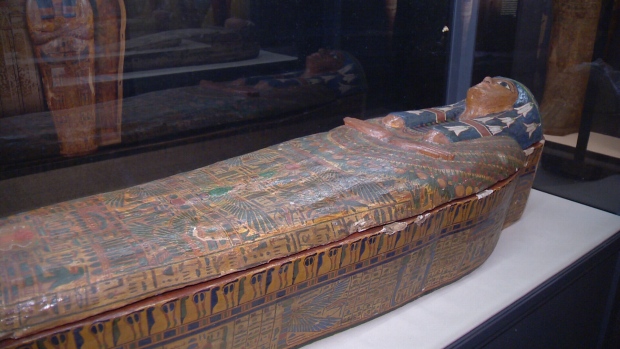 Sarcophagi were usually carved in stone, and were used to store, and preserve a corpse. Unlike a contemporary casket today, a sarcophagus was more commonly displayed above ground.

"This room, I think will be the highlight for most of our visitors,” explained Gray. “It does have the sarcophagus here in this collection… visitors will be able to see the craftsmanship, the attention to detail, a lot of the artistry that is done both inside, and outside a sarcophagus.”

“I think for a lot of visitors that are coming to an Egyptian exhibit, this room really captures, sort of that, magic and interest that people have in Egypt." 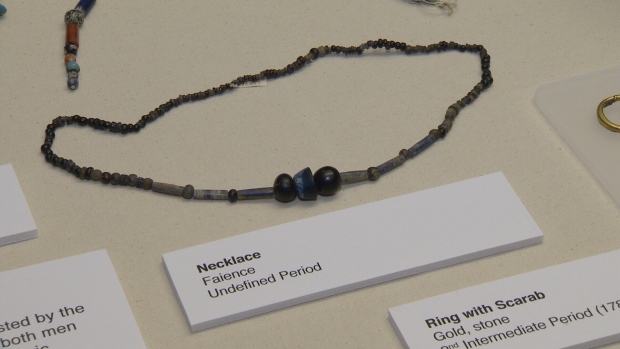 Funerary Trousseaus were goods, or personal possessions that Egyptians felt the soul of the diseased would require in their afterlife.

"In the final room is a lot of the household items, things that meant a lot to them, and things they wanted to have with them in the afterlife,” explained Gray. “There are everyday items… jewelry, combs, pots, there's lots.”

Gray says having this type of exhibit in the area is a rare opportunity.

“In the last 15 years, there’s never been anything like this in the entire region. It’s not something that’s in any museum's permanent collection that you get to see on a regular basis… So, we’re working hard to bring those kinds of experiences here to Halifax,” said Gray.

The temporary exhibit is on display at the Museum of Natural History now through June 21. The museum is open Monday to Friday, 9-5 p.m., and open until 9 p.m. on Wednesdays. Admission prices range from about $6 for youth to $8 for adults.