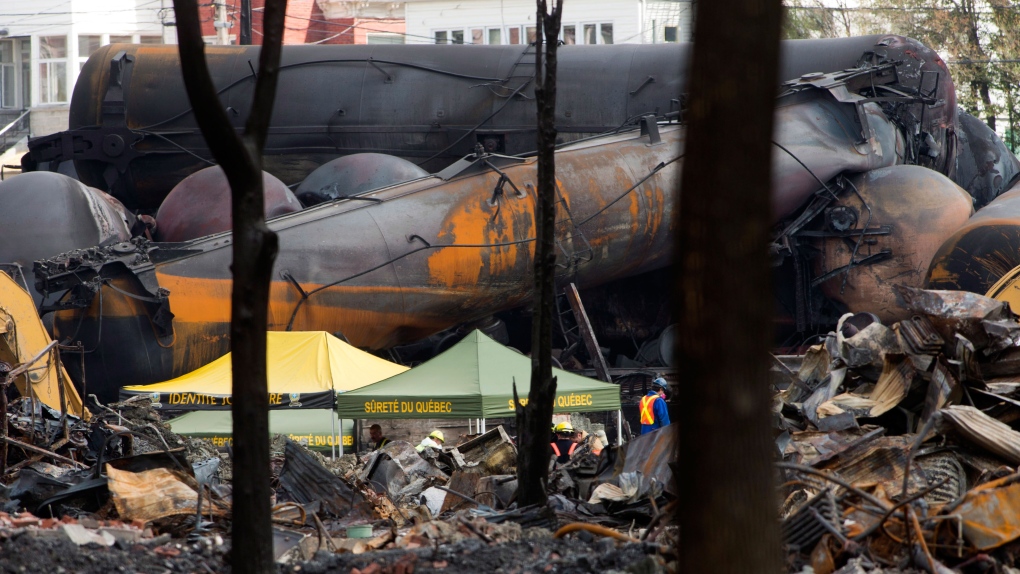 Work continues at the crash site of the train derailment and fire in Lac-Megantic, Que., on Tuesday, July 16, 2013. (Ryan Remiorz / THE CANADIAN PRESS)

SAINT JOHN, N.B. -- Transport Canada says it has obtained a warrant to search the offices of Irving Oil in Saint John, N.B., in connection with the deadly train derailment in Lac-Megantic, Que., last summer.

In an email, the agency says it is carrying out the investigation to determine whether rules and regulations set out in the Railway Safety Act and the Transportation of Dangerous Goods Act were followed in the tragedy.

The agency says it can't comment further on the information in the warrant.

In an email, Irving spokeswoman Samantha Robinson would only say the company is co-operating fully with government investigators and that operations remain normal.

Oil that was on the train that derailed last July was destined for Irving's refinery in Saint John.

The resulting explosion in the derailment claimed the lives of 47 people.