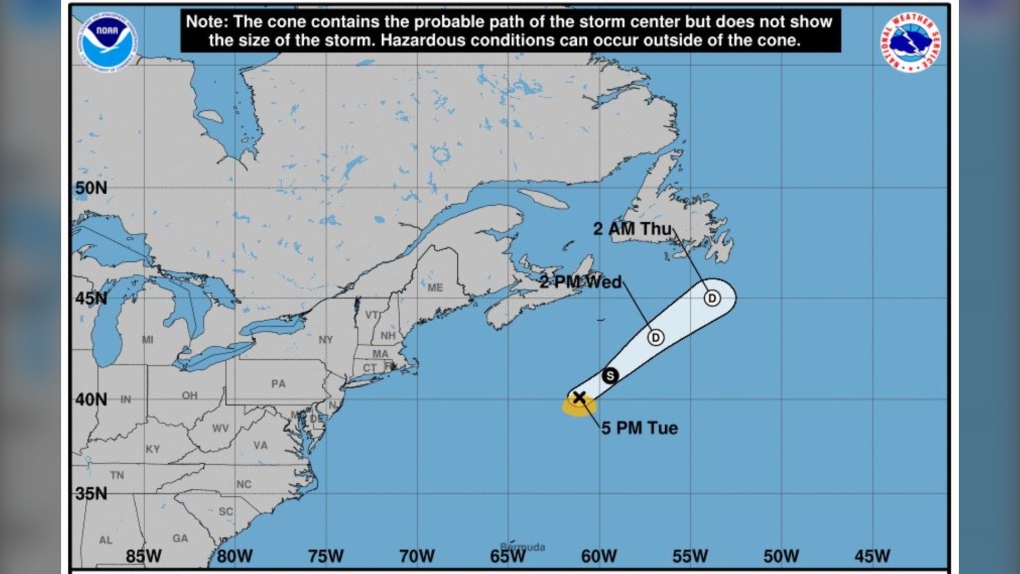 HALIFAX -- Tropical storm Dolly has formed over the North Atlantic, but the weather system is expected to stay far from land.

The U.S. National Hurricane Center in Miami, Fla., says Dolly was about 600 kilometres southeast of Halifax by Tuesday afternoon, churning out 75 kilometre-per-hour winds.

Its tropical storm-force winds were extending outward about 100 kilometres to the south of the centre.

The storm was moving toward the northeast at 20 kilometres per hour.

Dolly was expected to steer clear of Atlantic Canada and weaken to a post-tropical storm by Wednesday as it moves over cooler waters.

The low-pressure system is expected to dissipate by early Thursday.

This report by The Canadian Press was first published June 23, 2020.