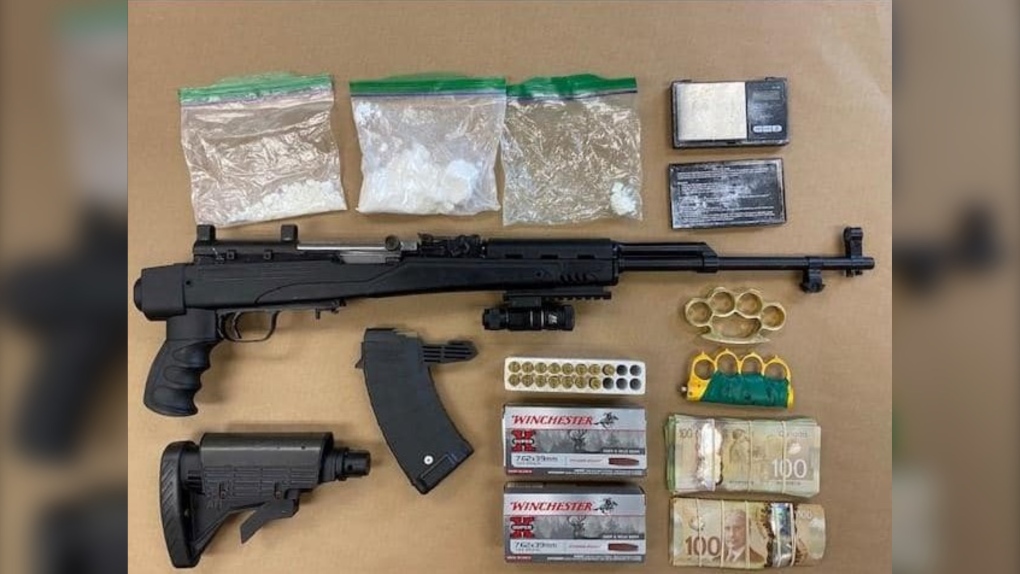 A man is facing drug and weapons-related charges after police searched a home in Truro, N.S.

On Friday, police executed a search warrant at a home on Dufferin Street.

Dylan Alexander MacKinnon, 24, of Truro is charged under the Controlled Drugs and Substances Act for trafficking and possession of a controlled substance (cocaine).

Police say he is also facing weapons-related charges for the rifle and brass knuckles.

MacKinnon was set to appear in Truro provincial court Monday.