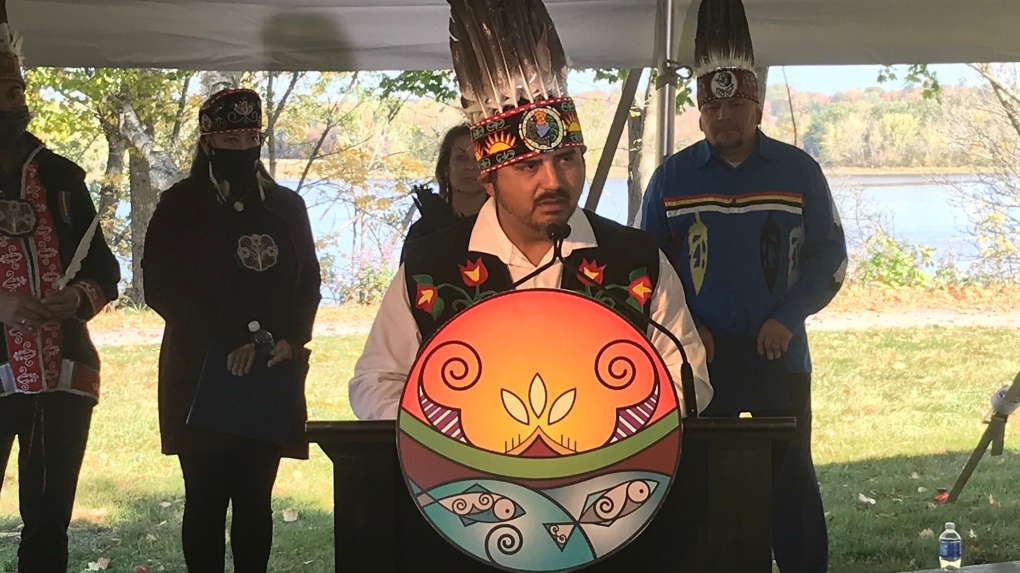 Chiefs representing the three largest First Nations in New Brunswick say they are profoundly disappointed with Premier Blaine Higgs' decision not to recognize the National Day for Truth and Reconciliation as a provincial holiday.

The Indigenous leaders released an open letter to the premier Wednesday -- the day before the first Truth and Reconciliation Day -- pointing out that many of the province's cities and towns will be honouring the victims of Canada's residential school system.

The chiefs of Elsipogtog, Esgenoopetitj and Neqotkuk say they are dismayed that all provincial schools and other government institutions will remain open on Thursday.

The provincial government did not respond to a request for comment.

Meanwhile, the chiefs are also demanding the province conduct an investigation into New Brunswick's day schools for Indigenous children.

"As a people, we need healing and forward thinking," Alvery Paul, chief of the Esgenoopetitj First Nation, said in statement.

Ottawa has left it up to provinces to decide if a statutory holiday applies at the provincial level.

This report by The Canadian Press was first published Sept. 29, 2021.

A 12-year-old boy is dead after playing Russian Roulette with peers in Jackson, Miss., police say.