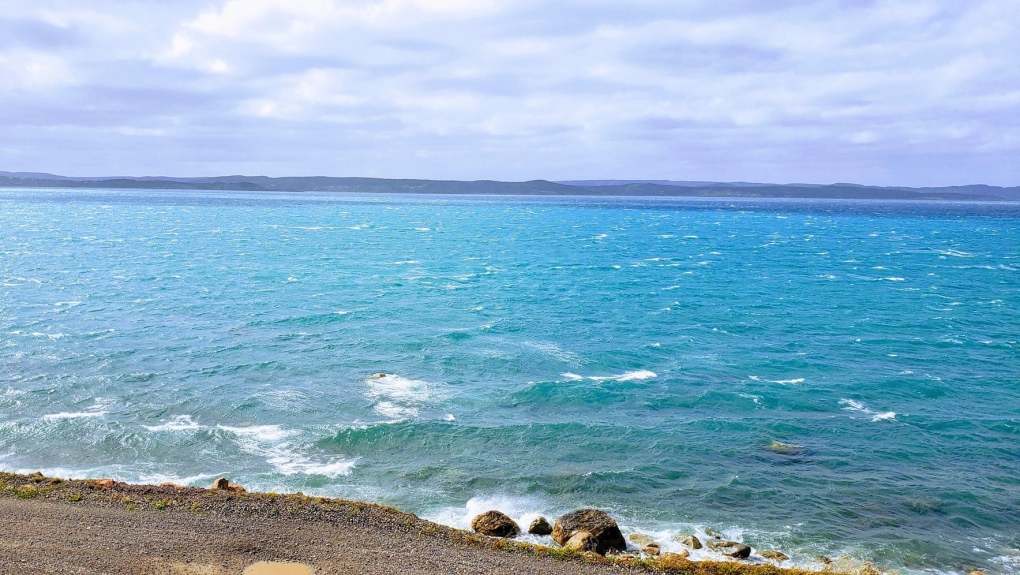 Phytoplankton blooms in Seal Cove in Conception Bay South are shown in this Sunday Sept. 8, 2019 handout image. The blooms have turned some eastern Newfoundland waters bright turquoise over the last week. (THE CANADIAN PRESS/HO-Ross Morgan)

ST. JOHN'S, N.L. -- Phytoplankton blooms are putting on a unique and colourful show in the waters along Newfoundland's eastern coast.

The patches of stunning turquoise water are so large they can be seen from space, according to satellite imagery from NASA.

Federal Department of Fisheries and Oceans research scientist Cynthia McKenzie said the vibrant colour is reflected by chalky calcium carbonate scales on the tiny phytoplankton cells, each about 1,000 times smaller than a grain of sand.

"It's just unimaginable how many there must be to be able to see it with the naked eye and through space," McKenzie said in a phone interview Thursday.

She said wind has pushed the large number of blooms of the species known as coccolithophorids close to shore, where the cells thrive in warmer temperatures, minimal wind and calm waters.

The phenomenon is not unheard of in the province's waters, but McKenzie says this is the first time she's heard of blooms as far north as Conception Bay and Trinity Bay. This year's blooms are also appearing slightly later in the year than usual.

Coccolithophorid cells survive for a few days but the scales stay in the water after the plants die, and McKenzie said the lingering colour comes from an accumulation of the reproducing plants and scales that have fallen off.

The microscopic plants may produce a hydrogen sulphide smell like rotten eggs, but they are a non-toxic algae, so the colourful waters are safe.

"It's a pretty thing, they're really nice," McKenzie said.