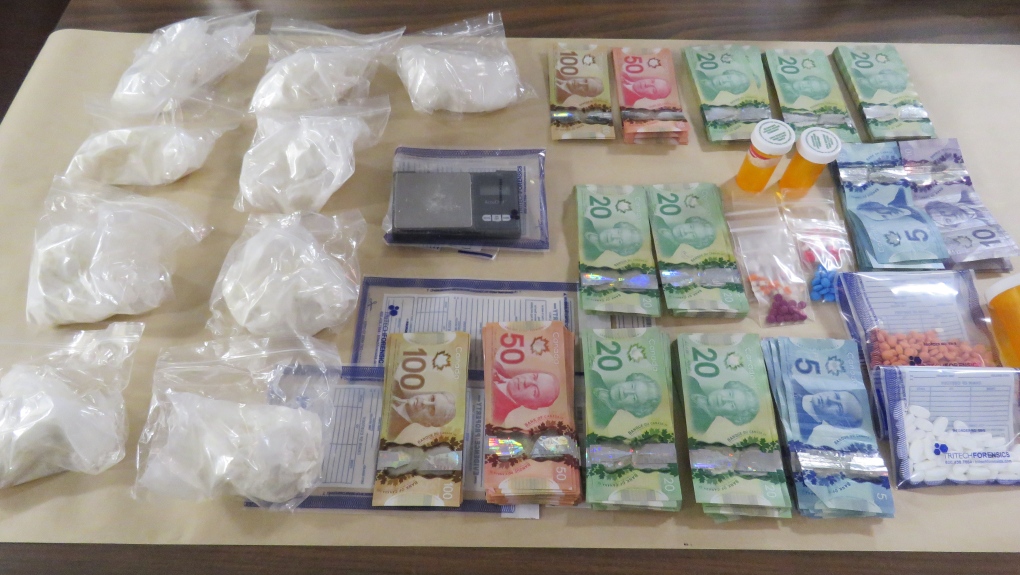 Police say they located and seized one kilogram of pure cocaine, numerous prescription pills including Percocet, Amphetamine, Hydromorphone, Gabapentin and Morphine and several thousand dollars cash. Officers arrested one man at each residence.

Keith Cordell Anderson, 43, and Jarvis S. Lucas, 54, are both charged with Possession for the Purpose of Trafficking in Cocaine.

Anderson also faces charges of Possession for the Purpose of Trafficking in Morphine, Oxycodone, Hydromorphone and Amphetamine, as well as Possession of Property Obtained by Crime, Possession of a Prohibited Weapon, and several Breaches of previous Court-ordered conditions.

Both men are scheduled to appear before Sydney Provincial Court on Friday.