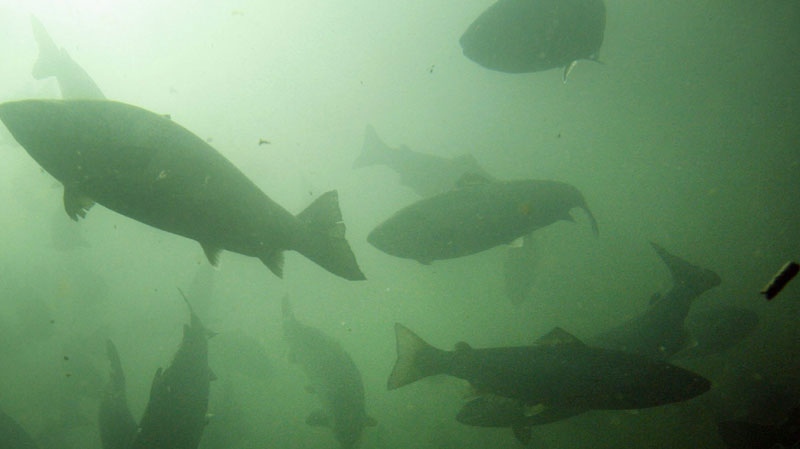 HALIFAX -- A U.S. company hoping to produce genetically modified salmon eggs in Canada has also applied to the federal government to sell its fish for human consumption.

The announcement by Boston-based AquaBounty Technologies is contained in a financial statement released last Thursday.

The company isn't commenting, but officials at Health Canada confirm in an email that it is reviewing the safety of AquaBounty's genetically modified salmon as a food source.

AquaBounty is also waiting for approval from the U.S. Food and Drug Administration before the fish and eggs are available for sale.

The company received approval from Environment Canada in November for the production of Atlantic salmon fish eggs at its hatchery in Prince Edward Island.