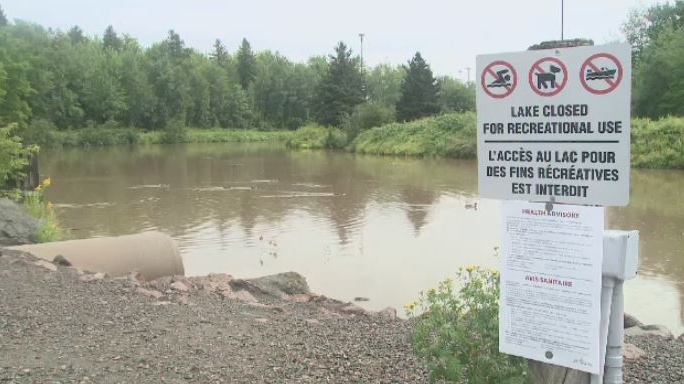 Moncton's Centennial Park is off-limits to recreation, including kayaking and canoeing, due to the presence of blue-green algae.

MONCTON, N.B. -- Water at three New Brunswick parks has been declared off-limits because of blue-green algae, which produces toxins that have killed three dogs in the province in recent weeks.

The City of Moncton says the water at Mapleton Park, Jones Lake and Centennial Park is off-limits to recreation, including kayaking and canoeing.

The city says it is a precautionary measure, but warned to keep dogs out of the water.

Due to warm temperatures, blue-green algae has been collecting along the banks of lakes and ponds.

Three dogs have died from toxins found in blue-green algae after being in or near the Saint John River.

Witnesses said two of the dogs suffered convulsions and vomiting after playing near the water at Carleton Park near Fredericton on July 22.

Another dog died July 20 after swimming in the river near Hartt Island campground, about 10 kilometres from the park.