Worry increases for Ukrainians living in the Maritimes 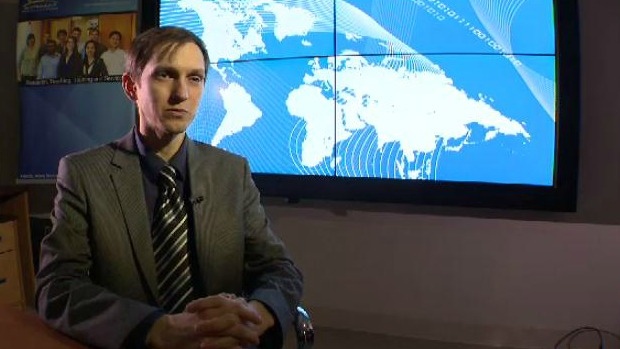 Anatoliy Grudz left Ukraine 10 years ago, but is worried about his family as tensions mount.

Ukraine’s Crimean region declared itself an independent nation Monday, following a referendum the West considers illegal. As a result, several Western countries have put in place some of the toughest sanctions against Russia since the Cold War.

“What the Putin regime has done cannot be tolerated and can never be accepted,” says Prime Minister Stephen Harper.

As tensions increase, so too does the worry for Ukrainians who live in the Maritimes, like Anatoliy Gruzd, who runs the social media lab at Dalhousie University. Gruzd left Ukraine ten years ago.

“If any actions would happen, the region where my family lives is right in the middle,” says Gruzd. “I'm concerned that there's not much I can do for my family.”

He can, however, monitor what is happening online.

“Social media is an incredible tool for me to find out what's really happening in Ukraine,” says Gruzd.

Gruzd says, while social media can contribute to some illegal activities, it is also a great tool to generate healthy discussion.

“Quite often when you talk to close relatives and friends, you're kind of looking from just one perspective of events of what's happening in the country. With social media you have the ability to see the events how other people have seen,” says Gruzd.

Since mid-February, the social media lab has tracked 600,000 tweets by 250,000 users mentioning the word Ukraine in English.

However, Gruzd says that’s really only a sample of online activity, since Twitter is not the main form of social media in Ukraine.