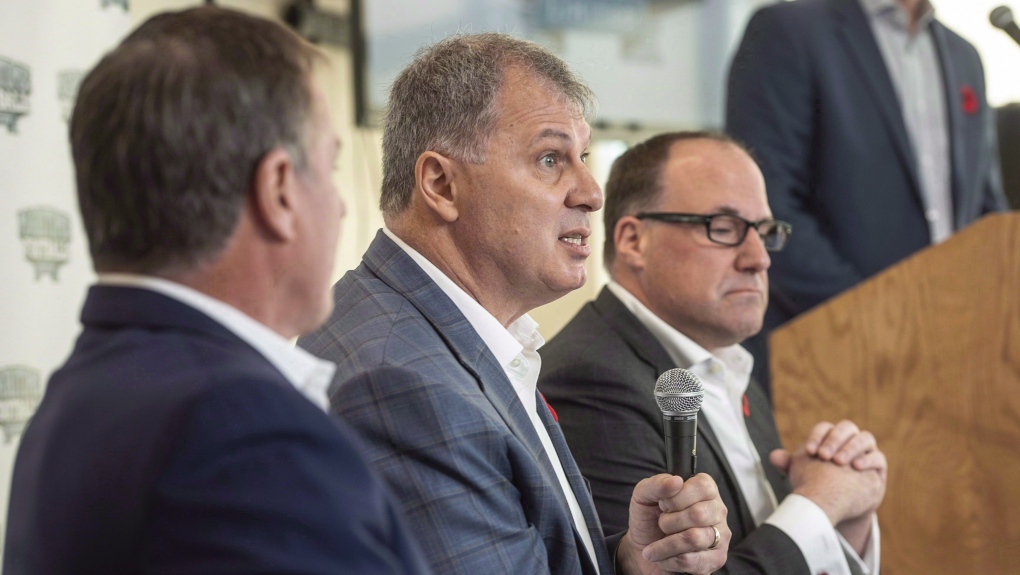 HALIFAX -- Proponents for Halifax's proposed CFL team say they have now sold more than 6,000 season-ticket applications -- and will present more business details to city hall as early as today.

Atlantic Schooners founding partner Anthony LeBlanc says that level of ticket sales is in line with what the organization expected.

He says the group expected to submit a business analysis to the Halifax Regional Municipality as early as today.

LeBlanc also announced that his group plans to unveil drawings for a proposed stadium in the Halifax area by the middle of next month.

On Thursday, the Canadian Football League announced a regular-season game will be played somewhere in Atlantic Canada in 2019, as part of the Schooners franchise drive.

LeBlanc said the Toronto Argonauts will face the Montreal Alouettes on Aug. 25, probably at a temporarily expanded stadium in Halifax, Moncton, or at St. Francis Xavier University in Antigonish, N.S.

"It adds significant wind to our sails," LeBlanc said in an interview.