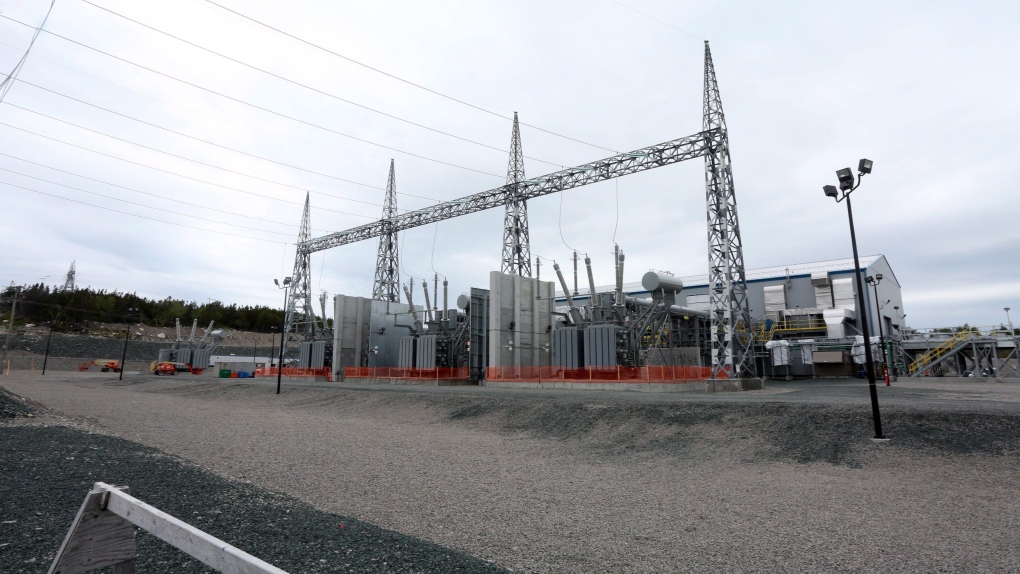 The Nalcor Energy Lower Churchill Project Soldiers Pond site, pictured on June 27, 2018. Newfoundland and Labrador Hydro confirmed Friday the failure of a test of its transmission line that links the dam with the island of Newfoundland. THE CANADIAN PRESS/Paul Daly
ST. JOHN'S, N.L. -

The Muskrat Falls hydroelectric project in Labrador has run into more problems.

Newfoundland and Labrador Hydro has confirmed the failure of a test of its transmission line that links the hydroelectric dam with the island of Newfoundland.

The line, known as the Labrador-Island Link, was expected to carry a heavy load during the test, but something went wrong.

The utility issued a statement on Facebook saying the system was tripped by something called underfrequency load shedding, which happens when there is a sudden imbalance between generation and demand.

Thousands of businesses and households lost power for about 30 minutes.

The Muskrat Falls project is five years behind schedule and its total projected cost, originally pegged at $7.4-billion, has since grown to $13.1 billion as of September 2020.

Prime Minister Justin Trudeau is presenting the federal government's offer for billions in new health-care funding to the provinces and territories at a highly anticipated meeting in Ottawa today. At the first in-person meeting of all First Ministers in years, Trudeau is set to outline how much money his government is willing to provide, and what his expectations are for improving care.

The British Columbia government has introduced legislation to make Sept. 30 a paid statutory holiday marking the National Day for Truth and Reconciliation.

Germany, Denmark and the Netherlands announced Tuesday that they plan to provide Ukraine with at least 100 refurbished Leopard 1 battle tanks, a pledge that comes as Kyiv anticipates a new Russian offensive around the anniversary of its invasion.

A dog named Kujo will be euthanized after a B.C. judge determined the animal is "likely to kill or injure" if released from the pound.