Bridgewater parts ways with ex-police chief who is facing charges 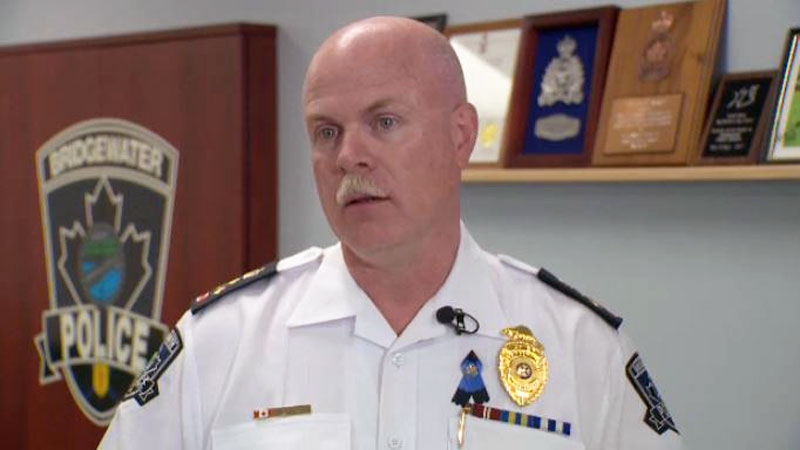 Former Bridgewater Chief of Police John Collyer, who is accused of sexually assaulting a 17-year-old girl, is no longer employed by the Nova Scotia town.

“Collyer is no longer on the Town payroll and the employment relationship was finalized in accordance with labour standards in Nova Scotia, and independent of the matter before the courts,” the news release said.

Town officials, citing personnel guidelines, said they would have no other comment on his employment status or any matter before the courts.

Collyer faces charges of sexual assault and exploitation of a 17-year-old girl. Nova Scotia’s Serious Incident Response Team laid the charges over allegations dating back to 2016.

Collyer, 54, is slated to go to trial over a six day period in July 2019. In April, a provincial court judge deemed there was enough evidence to warrant a trial following a day-and-half-long preliminary inquiry during which three witnesses testified. A court-ordered ban currently prevents any publicity of evidence heard during those proceedings.

“It’s time to move forward,” Mayor David Mitchell said in the release. “There will be information forthcoming about the appointment of a new Chief of Police in Bridgewater in the weeks to come, and Town Council looks forward to future announcements.”