Bulk carrier floods off Newfoundland, but no plans to abandon ship 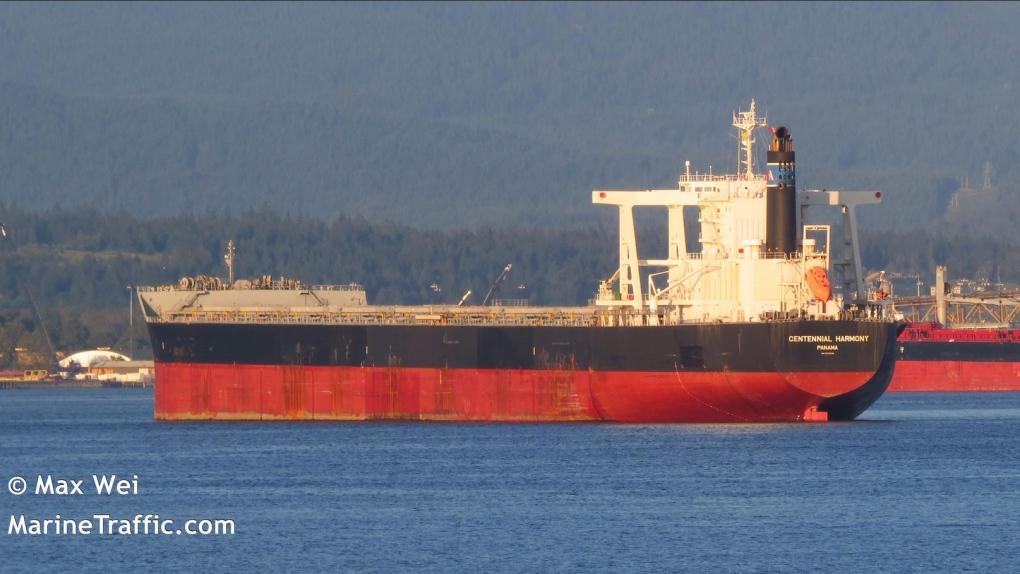 ST. JOHN'S, N.L. - Rescue officials have come to the aid of a bulk carrier that took on water in rough seas Thursday afternoon off Newfoundland.

Joint Task Force Atlantic says the Centennial Harmony was roughly 460 kilometres off St. John's, N.L., in the Grand Banks with when it reported flooding onboard around 2:30 p.m. Thursday.

The ship was getting hit with waves of 18 to 22 metres as a bad storm hit Newfoundland and the waters offshore.

In a statement Thursday evening, National Defence said the flooding was under control, and there was no intention to abandon ship.

It says the bulk carrier -- with 21 crew members -- was also having intermittent power issues and required technical assistance.

A Hercules aircraft and the Canadian Coast Guard ship Sir Wilfred Grenfell responded to the incident.

A resupply ship, the Maersk Cutter, was on standby roughly 150 kilometres away to assist if required and the Canadian navy frigate HMCS Charlottetown was readied in Halifax. It is on standby and will put to sea if needed.

The Centennial Harmony left Sept-Iles, Que., and is bound for England. It was built in 2011 and has a gross registered tonnage of 92,752 tonnes. It is 292 metres long and has a beam of 45 metres.