HALIFAX -- Maritimers who are partially sighted or blind are getting the chance to play the game they love thanks to a Canadian charity.

Canadian Blind Hockey provides opportunities to children, youth, and adults who are blind or partially sighted to play the game of hockey.

In order to make the hockey playable for those individuals, some changes have been made to the way they play the game.

"We play with a larger puck, it's about 5-and-a-half inches off the top," explains Kelly Serbu, the president of Canadian Blind Hockey. "It's made out of metal, has ball bearings inside so players and goalies can hear it when you're on the ice." 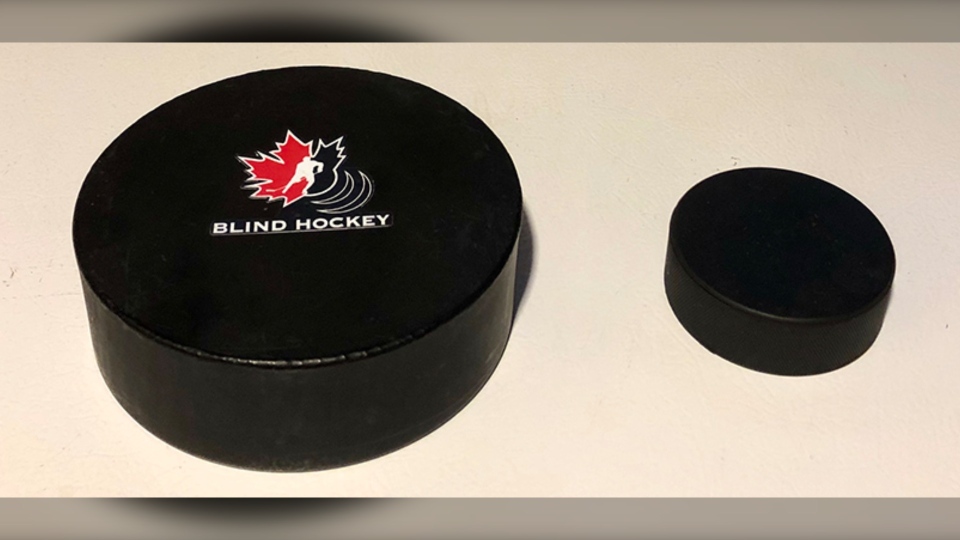 The nets are also one foot shorter and in order to take a shot, one step must be completed first.

"Before you can score a goal in the offensive zone, you have to complete a pass and once the pass is completed the ref has a whistle that, basically, has an audible that allows the goalie and the rest of the players to know that you can go on the offense and score," says Serbu.

Other than those minor changes, the game is no different from traditional hockey, according to Serbu. 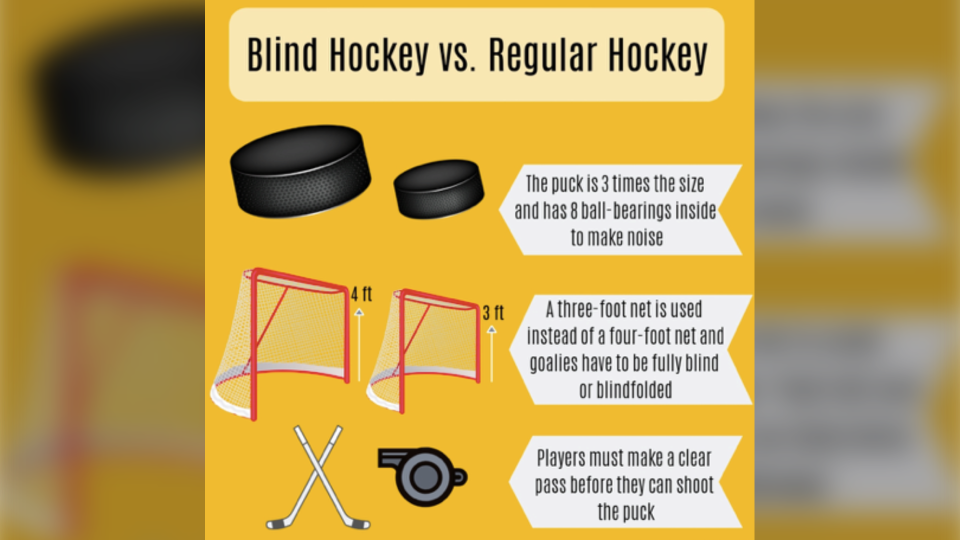 Serbu says he knows all too well what it feels like to receive a diagnosis that could impact your time on the ice.

"During my Junior A career in Halifax, back in 1990-91, I was having some difficulty seeing when I was here at Saint Mary's University as a second year university student, and shortly thereafter, I was diagnosed with an eye disease and within a few months after that, I was classified as legally blind," said Serbu.

Serbu says even with his diagnosis, he continued to play hockey. It wasn't until 2015 that his passion changed, when he found the sport of Blind Hockey.

"I still play sighted hockey with friends and in some leagues, but now my passion is to help grow Blind Hockey and, you know, let everyone out there that doesn't know it exists that it's there," says Serbu.

Oliver Pye's preferred position is goaltender. He says it was a dream come true just to put his hockey gear on once again.

"It's different with the adaptations, but in a good way because it allows us to play, you know, to be able to hear the puck, track it, follow it, all that kind of thing," said Pye.

Mitchell Balmas is a player with the Saint Mary's Huskies – the hockey team at Saint Mary’s University in Halifax. He says although there are a lot of similarities to the traditional game of hockey, the changes are necessary for those who are playing.

Serbu says he wants individuals who are partially sighted or blind to know this sport exists and that hockey truly is for everyone.

"We encourage everyone to pass the word if you know someone who has a child or an adult that is visually impaired or partially sighted blind, let them know that we exist," said Serbu.