When the fishing boat Midnight Magic set sail on Friday, fishermen in Sambro, N.S., had little idea what kind of fish tale they would soon be able to share.

For the first time in 41 years, a swordfish weighing more than 200 lbs was harpooned and hauled aboard the fishing vessel from the Sambro Harbour by fisherman Grant Garrison. 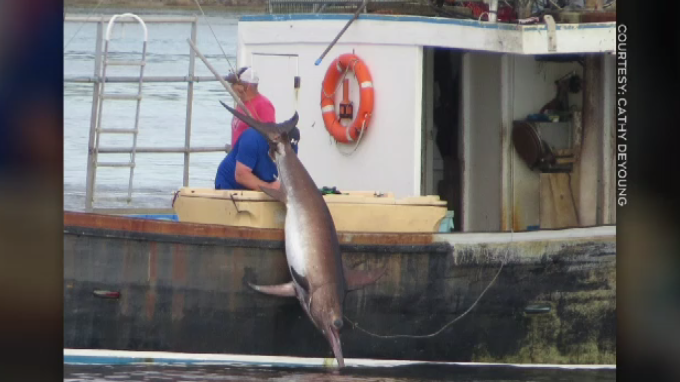 Records show the last swordfish caught in those waters occurred on Aug. 21, 1981, by Paddy Grey. A newspaper that covered the event says that the fish weighed in at almost 600 lbs. 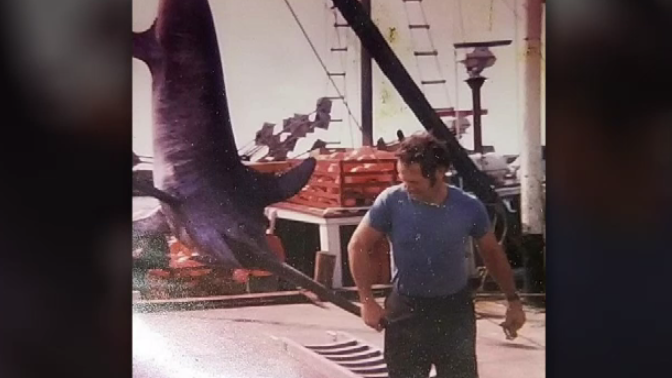 Records show the last swordfish caught in those waters occurred on Aug. 21, 1981, by Paddy Grey.

From a size perspective, some swordfish can grow over 1,100 lbs however, studies show the average tends to weigh between 50 and 200 lbs.

The newspaper article said Grey and his team were headed home when he noticed a shark-like fin along the ocean. After two hours and with the assistance of fisherman Danny Henneberry, the large fish was harpooned out of the water – an event that wouldn't occur again until 2022. 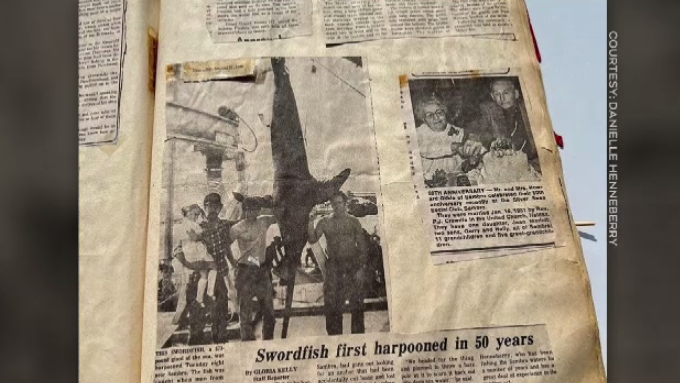 A newspaper that covered the event says that the fish weighed in at almost 600 lbs. (Courtesy: Danielle Henneberry)

By the looks of history, these catches have a record of being rare in the area. The first swordfish to be caught before 1981 happened 50 years prior.

According to the DFO says the Atlantic Swordfish Fishery started commercially in the late 1880s however, recorded landings dropped significantly in the 1970s when harpooning was replaced by longlines.

The U.S. authorities say Atlantic swordfish can swim faster than 80 km/h, making them one of the fastest predators in the ocean.