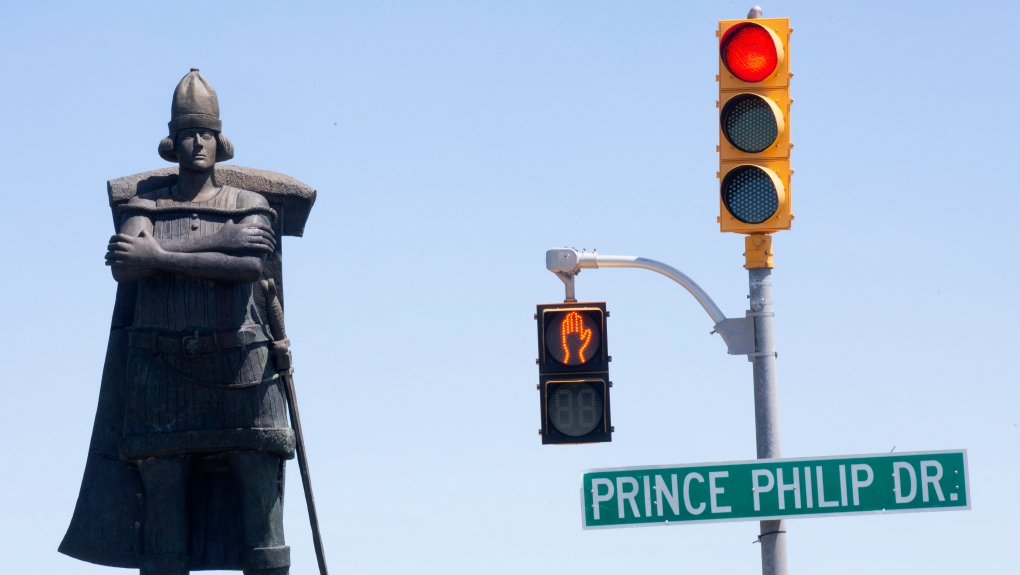 The Gaspar Corte Real statue on Prince Philip Drive in St. John's NL on Friday, June 12, 2020. Newfoundland and Labrador reviewed statues and monuments to ensure they reflect modern values. A statue of Gaspar Corte-Real, a Portuguese explorer who kidnapped Indigenous people as slaves in the 16th century, has been criticized for its prominent placement across from the provincial legislature in St. John's. (THE CANADIAN PRESS/Paul Daly)

St. John's city council said in a news release Monday it is "discontinuing" the annual June holiday and asking people to find ways to celebrate the province's Indigenous people and their histories.

"For me personally, it feels like we're moving in the right direction. This is an indication of that," Coun. Maggie Burton said in an interview.

St. John's Days has typically been associated with the provincial holiday formerly known as Discovery Day, which commemorated the arrival of explorer John Cabot in the province in 1497. The City of St. John's said in 2018 it would stop celebrating Discovery Day because it ignored the existence of the province's Indigenous people. Last year, the province followed suit.

The holiday is now called June Day until the province works with Indigenous leaders to come up with a better name.

"While in more recent times St. John's Days has grown into a celebration of the city and its diverse residents, council and staff recognize the inherent contradiction of holding such celebrations on a colonial holiday," the news release said. "City staff are developing an alternative proposal to continue celebrating the diverse communities that call St. John's home."

Burton was a strong advocate for doing away with the Discovery Day holiday in 2018, facing significant resistance from both council and the community at large. This time around, she said consensus among council to discontinue St. John's Days was much easier and came from a position of understanding.

City council in Victoria, B.C., voted unanimously last week to cancel a planned Canada Day broadcast following the discovery of what are believed to be the remains of 215 students buried on the site of the former Kamloops Indian Residential School.