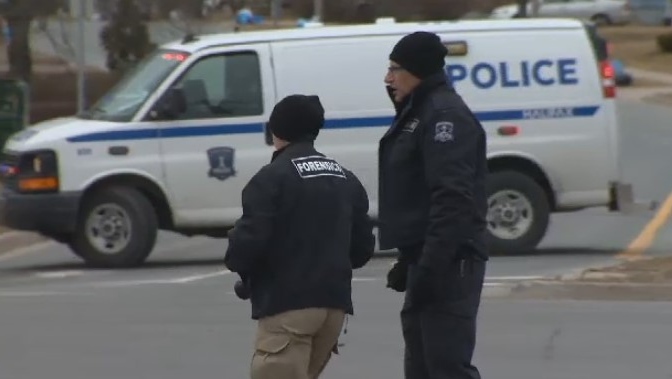 Halifax Regional Police respond to a pedestrian collision in Dartmouth, N.S., on March 31, 2020.

HALIFAX -- A driver has been charged after a pedestrian was seriously injured in a collision in Dartmouth, N.S.

Halifax Regional Police responded to the collision in the 600 block of Portland Street around 10:15 a.m. Tuesday.

Police say the woman was crossing Portland Street in a marked crosswalk when she was struck by a vehicle.

The 68-year-old Cole Harbour, N.S., woman was taken to hospital with life-threatening injuries.

The driver, a 65-year-old Cole Harbour man, has been charged with failing to yield to a pedestrian in a crosswalk.

His name has not been released.

Car/Ped collision at intersection of Portland St. and Eisener Bvld, Dartmouth, has sent one person to hospital. HRP traffic analysts are on scene. Traffic being rerouted. @CTVAtlantic pic.twitter.com/CBNDd3D8il