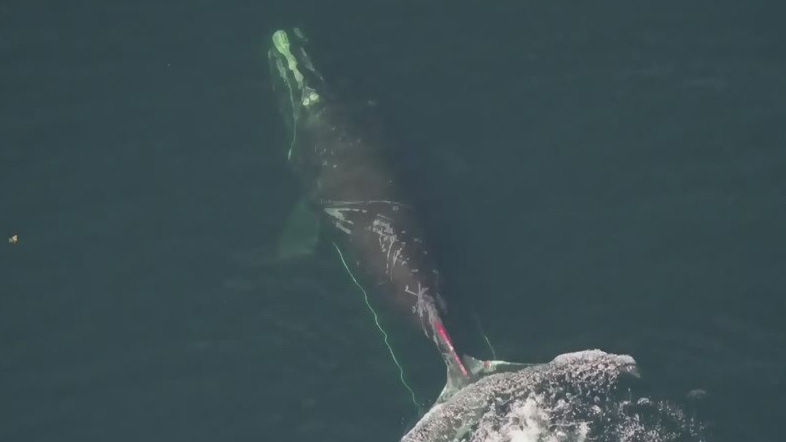 A search is underway for an entangled North Atlantic right whale, like the one seen in this file photo.

It says the Grand Manan Whale and Seabird Research Station is tracking the whale about 22 nautical miles east of the community.

The department says the Campobello Whale Rescue Team is unable to respond to assess the whale's condition due to an issue with their vessel and deteriorating weather conditions.

It says the forecast shows continued poor weather for the next two days.

The DFO says it will monitor the situation via aerial surveillance.

The Department of Fisheries and Oceans announced on July 21 that an area of the Grand Manan Basin was being closed to fishing because of two North Atlantic right whales being spotted in the Bay of Fundy.

The area, which is a critical habitat area for the endangered species, was to remain in effect until further notice.

While there have been no reported deaths of right whales this season thus far, the Fisheries Department said 12 North Atlantic right whales died unexpectedly in the Gulf of St. Lawrence between June and September of last year.