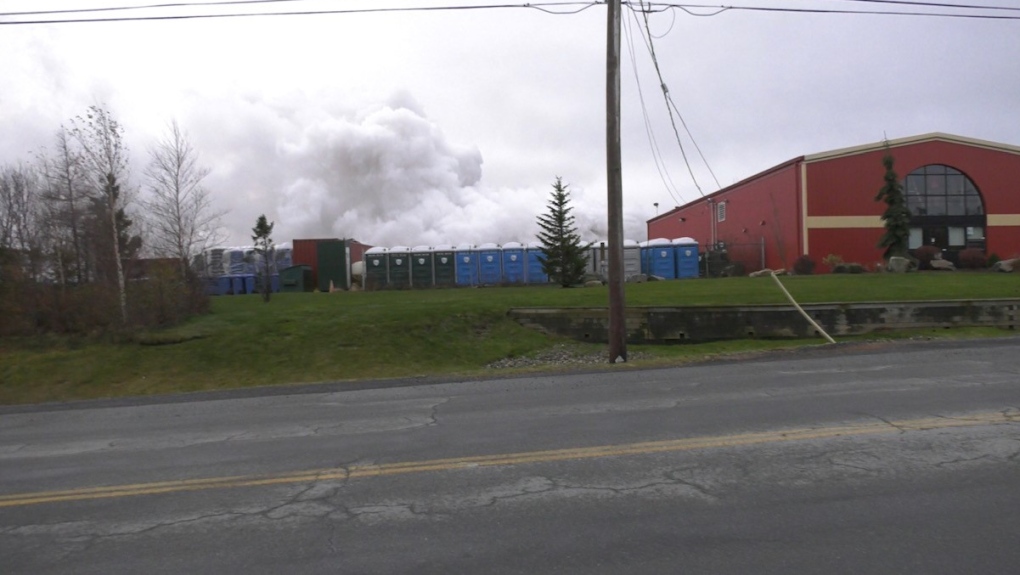 Fire crews in the Halifax area had battled a fire at a steel yard off of Prospect Road Saturday morning.

Crews were initially alerted to the fire on Mills Drive around 6:30 a.m. Upon arrival, first responders found a heavy fire burning in a pile of scrap metal.

According to Halifax Fire Acting District Chief Joe Fulton, crews had to call in tankers and aerials to help fight the fire.

"The wind conditions have contributed to the fire spread, but it's contained in the area, I would say we have fire control at this point," said Fulton.

Fulton says crews took a defensive approach while RCMP blocked off the site of the fire, noting local residents were encouraged to evacuate by RCMP to avoid inhaling toxic smoke.

"They acted quickly, they responded fast, they've done a great job. Like I said, they got the road reopened and hats off to the first responders," said resident Shannon Thoms.

Prospect Road was closed to traffic for a few hours, but has since reopened.

What is going on with Bill C-11, the government's online streaming legislation?

The Liberals have spent years trying to pass online streaming legislation and now the current iteration, known as Bill C-11, is closer than ever to passing. With a potential parliamentary showdown ahead, here's what you need to know about how the contentious Broadcasting Act bill got to this stage.

Though you won't be able to sit on the old, cracked pleather benches and take in the thick smell of gravy and fries, while the gentle sound of clanging dishes provides the soundtrack for your lunch, Zellers plans to roll out food trucks for those 'craving a taste of nostalgia.'

WHO emergency declaration call based on virus spread and variants, Dr. Bogoch explains

The World Health Organization (WHO) is set to decide Friday, whether the COVID-19 pandemic still qualifies for an international emergency declaration title— a decision that will involve factoring in how the virus and its variants are impacting countries around the world, says an infectious disease expert.

Pamela Anderson is addressing discussion about a story regarding her 'Home Improvement' co-star Tim Allen that is part of her new memoir, 'Love Pamela.'

What should Canada be doing about climate change? 25 recommendations

The national Net-Zero Advisory Body released 25 recommendations Friday for how Canada can adjust its climate plan to reach net-zero emissions by 2050 — a goal that the country is not on track to reach right now, according to the report.

The federal government posted a budgetary deficit of $3.6 billion in the first eight months of the fiscal year.

What looks like a giant teddy bear’s face peering into space from the surface of Mars is actually a satellite image of some craters and a circular fracture, scientists say.

Some U.S. auto insurers are refusing to cover some Hyundai and Kia models

Progressive and State Farm, two of America's largest auto insurers, are refusing to write policies in certain cities for some older Hyundai and Kia models that have been deemed too easy to steal, according to one of the insurance companies and media reports.

'It Ends With Us' movie casts Blake Lively and Justin Baldoni

BookTok is all abuzz with the news that Blake Lively and Justin Baldoni will be starring in a movie based on the bestselling romance novel, "It Ends With Us."