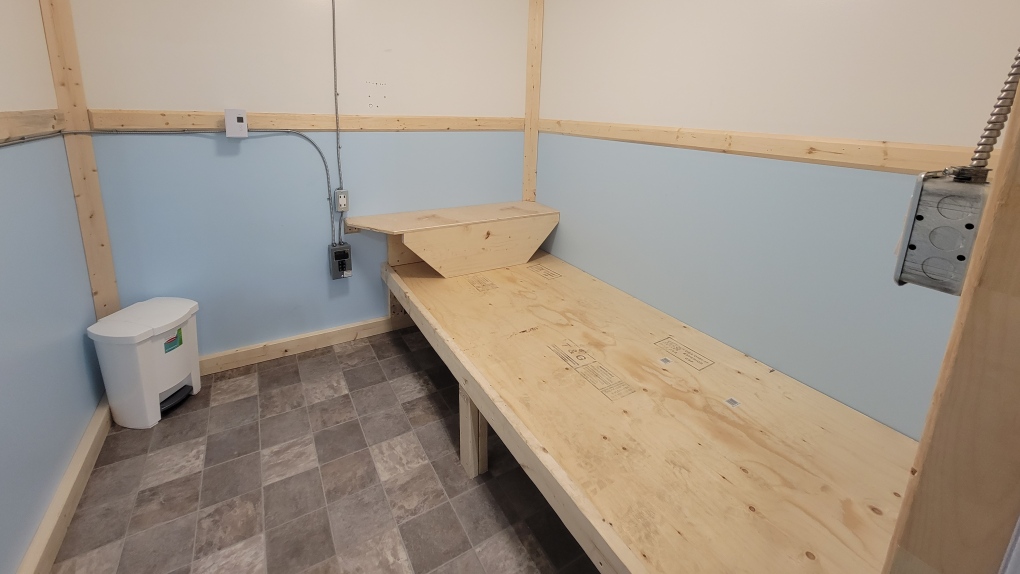 The first of up to 20 temporary emergency crisis shelters being built for the Archdiocese of Halifax-Yarmouth is now complete.

The single occupant shelter was finished last night, and went through testing today.

The Archdiocese tells CTV News, once the dwelling passes inspection, they will announce where it will be located.

Each shelter costs about $11,500 and will be placed on parish property around the diocese.

In an earlier release, Archbishop Brian Dunn said they had identified eight potential sites, with each accommodating one to five shelters.

Four shelters are expected to be built per week, and all units in place by Dec. 24.

HRM was involved in the design process and is fast tracking permits. A release from the city said the municipality placed a priority on facilitating permitting for the Archdiocese of Halifax-Yarmouth.

“All permitting will require adherence to established regulations to ensure municipal building standards are being met,” the HRM release said.

The shelters are being manufactured at Well Engineered Inc. in Dartmouth and delivered to each site. The roof will be attached on delivery.

The overall cost of the shelters is expected to be about $230,000, which the Archdiocese hopes to raise through donations and private grants.

The structures are 8x8’ with metal roofs and siding. The inside is finished with gyprock and linoleum flooring.

Each unit has electricity taken from a nearby structure to allow for one USB phone charger, a light, and a small electric heater.

Toilet facilities will be outdoor “porta-potties.”

The $11,500 price tag for each includes the cost of materials and labour. Well Engineered is providing engineering services, design, and consultation in-kind.

The Archdiocese is reaching out to community groups to line up occupants.

In collaboration with service providers and community groups, occupants must be able to agree to an occupancy agreement.

The occupant will be allowed to stay in the shelter until May 31, 2022. The units will be stored after that.