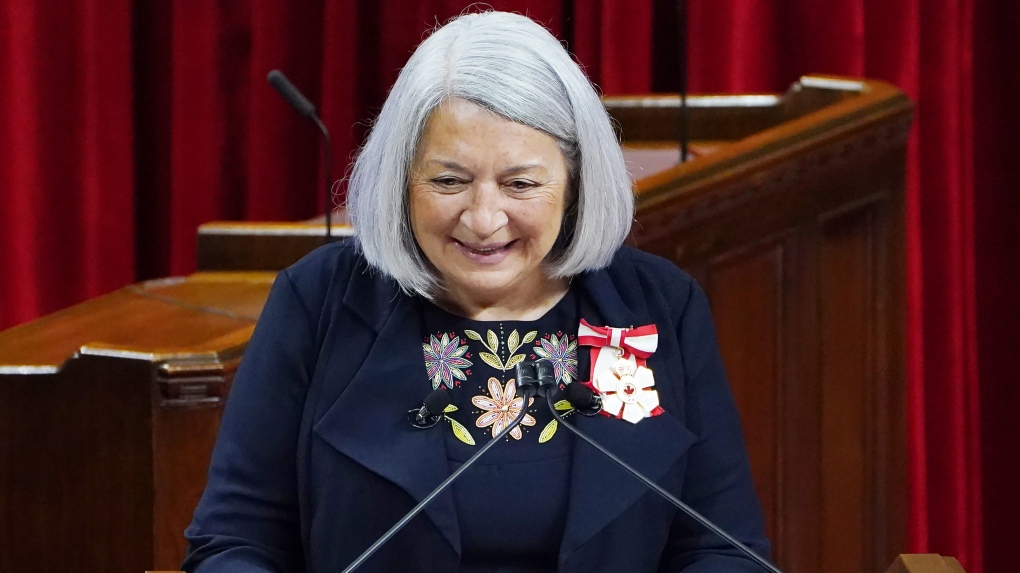 Governor General Mary Simon gives her address after she took the oath to become the 30th Governor General of Canada in Ottawa on Monday, July 26, 2021. (THE CANADIAN PRESS/Sean Kilpatrick)

"It's the education aspect, letting Canadians know, letting the school systems know how this country started, the Indigenous people and the mistreatment,” said Barry LaBillois, Chief of the New Brunswick Aboriginal Peoples Council.

It was the first ceremony swearing in ceremony featuring the Inuktitut language, an empowering recognition for Indigenous peoples across the country.

Dutcher is hoping perspective on those realities can bring about change.

For some Maritime Indigenous leaders it's important having representation in that level of government.

"I think this is a wonderful thing, I think it's a step closer in the right direction to truth and reconciliation and I feel like she might help bridge that gap,” said Brandy Stanovich, president of The Indigenous Women of The Wabanaki Territories.

Seeing Simon, a former ambassador and advocate for Indigenous rights, in the role gives hope that change is coming in Canada.

"To see her in that role I feel like the shift is going to happen that our people are no longer going to be overlooked we're starting to get seats in those positions that matter to make a difference," Stanovich said.

LaBillois says he hopes that we will begin seeing more Indigenous leaders in key roles in the Maritimes and throughout Canada.