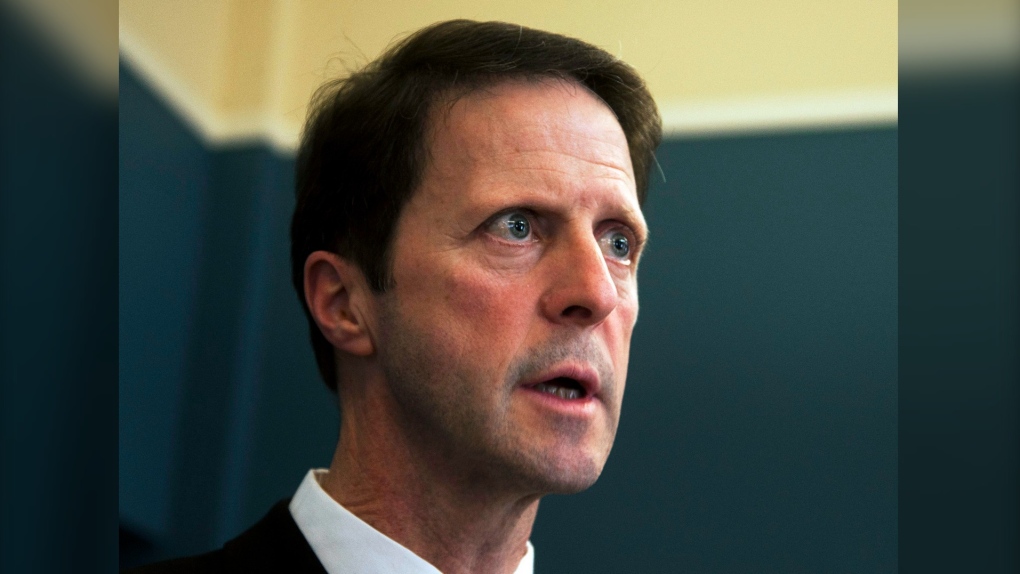 A former Halifax mayor who left office in 2012 amid controversy over a Black Eyed Peas concert is again drawing scrutiny, this time in his role as chief administrative officer in Charlottetown.

City councillors in the P.E.I. capital met behind closed doors Monday night to discuss the fate of Peter Kelly, but they say no decision was reached, and another meeting has been scheduled for Wednesday.

Kelly, who has held the position in Charlottetown since 2016, is facing accusations that he fired senior staff after they brought up concerns about the city's administration.

Mayor Phillip Brown was tight-lipped in an emailed statement Monday. "We are currently going through a process to determine the best way forward," he said when asked for comment.

The issue made its way to the provincial legislature last week, where Green Party Leader Peter Bevan-Baker tabled an anonymous letter from city staffers outlining accusations against Kelly. His party, the official Opposition, called for the province to conduct a review of Charlottetown city hall.

Green MLA Stephen Howard says it's up to Minister of Communities Jamie Fox to look into the concerns.

"The minister is the one person on the Island that has the power to step in and have a look when it seems like there's a need for investigating, or outside eyes, to see what's going on," Howard said in an interview Monday. "And he just doesn't seem to be willing to use that power."

In question period last week, Fox said the concerns about Kelly are a human resources matter that the city can manage. He declined requests for an interview.

The letter tabled in the legislature alleges Kelly authorized city expenses without council approval, ignored procurement rules, failed to follow human resources policies for hiring and reprimanded staff who brought forward concerns. These allegations have not been proven.

"We don't say anything to or around certain staff and councillors who support the CAO for fear of retaliation," the letter said. "We have seen too many former staff who spoke out pay a high price."

The former Halifax mayor was at the center of a 2012 concert scandal before leaving office, and he later faced scrutiny for his work while chief administrative officer of an Alberta municipality in 2017.

Reached Monday, Kelly said he was too busy for an interview, but he provided comment in an emailed statement, calling the recent accusations "serious."

"City staff expect and deserve a safe work environment. That is an absolute and an unwavering commitment," he said.

"My dedication and responsibilities to staff and council remains; however, the situation continues to be made personal and has become untenable."

Former Charlottetown deputy chief administrative officer Scott Messervey said in a 2019 letter to council that he believed he was fired from his role after raising concerns about Kelly's work. In the letter, he outlined 18 areas of concern and said Kelly dismissed him after he brought financial irregularities to Kelly's attention.

Messervey's replacement, a lawyer named Tina Lococo, was hired in October 2021 and was fired in April after six months in the role. She declined to comment.

Charlottetown Coun. Bob Doiron says that given the seriousness of the allegations, the province should step in to review Kelly's actions.

"I think that would be the best, you know, to get a third party to come in and look at everything and see what's wrong," Doiron said in an interview Monday.

Kelly was Halifax's mayor from 2000 to 2012 and he remains the city's longest serving mayor since Halifax Regional Municipality's amalgamation in 1996.

Just before leaving office, he was involved in a concert controversy when an event promoter was paid $400,000 without council approval to stage a Black Eyed Peas concert and a country music show featuring Alan Jackson. The shows were poorly attended and the city was left on the hook for more than $350,000. Halifax's auditor general said in a 2011 report that many members of council were to blame and Kelly should have been more diligent as mayor.

Kelly also faced public criticism for his handling of a Bedford woman's estate as executor. Some of the woman's family petitioned to have Kelly removed as executor after beneficiaries didn't receive money from the estate more than seven years after her death. Nova Scotia Supreme Court removed Kelly as executor in 2012, the same year he announced he would not seek re-election as mayor.

In 2014, Kelly accepted a job in Alberta as chief administrative officer for Westlock County, a municipality north of Edmonton.

After his departure in 2016, Kelly was accused of authorizing more than $390,000 in non-budget spending by the county's former chief financial officer. By 2017, Alberta's Department of Municipal Affairs launched a review that concluded Kelly acted in contravention of the Alberta Municipal Government Act.

When asked if Charlottetown would welcome a provincial review, Brown did not directly respond but said, "we will continue to be available to the province to address any potential issues or concerns."

This report by The Canadian Press was first published May 10, 2022.

By Lyndsay Armstrong in Halifax.