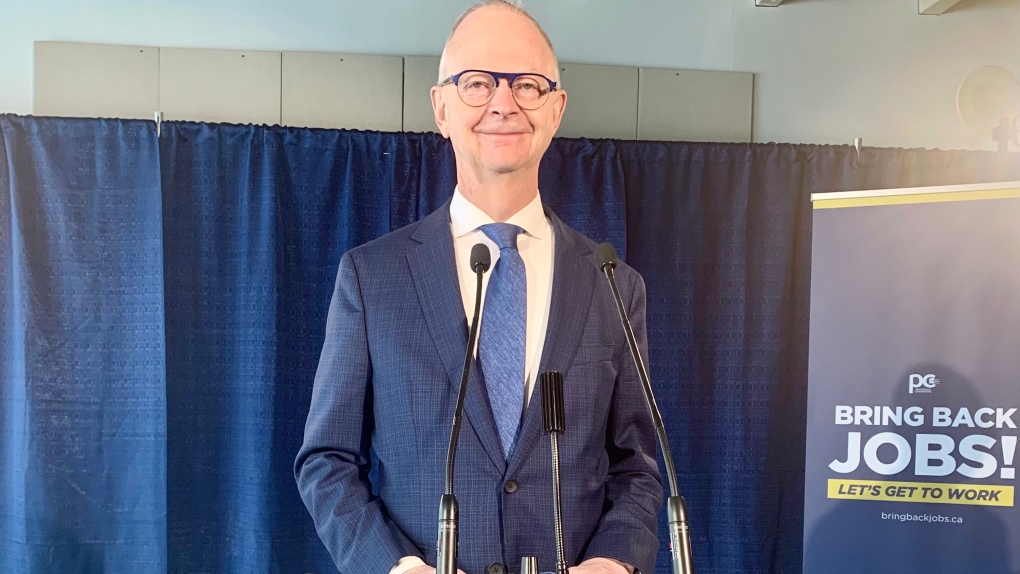 The former leader of Newfoundland and Labrador's Progressive Conservatives donated $300,000 to his party in the 2021 election year, effectively covering nearly half the costs for the party's campaign, according to documents from the province's elections office.

In an email on Monday, Ches Crosbie said he donated the money because he believed in his party's program to create jobs and growth for the people of Newfoundland and Labrador.

"It's just wrong," the associate professor at Memorial University of Newfoundland and Labradorsaid in an interview. "What's to stop a prominent business person in the province from simply financing a party's campaign for the purpose of generating favourable public policy outcomes for their private interests?"

Saskatchewan and Newfoundland and Labrador are the only Canadian provinces that allow unlimited donations to political parties and candidates. The latter allows contributions from corporations, unions and individuals -- even those living outside the province -- as long as donors use their own money and as long as they identify themselves for gifts greater than $100.

By contrast, Nova Scotia and Manitoba cap party donations from individuals at $5,000. In Ontario, they can't exceed $3,325, although a candidate can use up to $10,000 of their own funds. And in Quebec, only electors can donate to provincial political parties or candidates -- to a maximum of $100 annually. Quebecers can donate another $100 per year for byelections and during a general election year.

Crosbie made two donations to the provincial Progressive Conservatives last year -- one for $50,000 and the other for $250,000 -- according to a financing report published by Elections Newfoundland and Labrador. The two donations cover about 45 per cent of the $669,270 the party spent during the province's unprecedented election.

Fortis Inc., an international energy company based in the province, made $15,000 contributions to both the Progressive Conservatives and the Liberals.

Among the largest donations to the Liberals were three contributions totalling $31,050 from Pennecon Limited, a company often contracted by oil companies working in the province's offshore. Shoppers Drug Mart Inc., based in Toronto, gave the party $45,000.

Newfoundland and Labrador's 2021 election was upended by a COVID-19 outbreak in St. John's, which prompted officials to cancel in-person voting and switch entirely to mail-in ballots. The process was delayed by over a month, and the results are being challenged in court.

Crosbie, a lawyer from a powerful family, ultimately lost his seat in the St. John's riding of Windsor Lake. The Progressive Conservatives were defeated by Andrew Furey's incumbent Liberals and dropped to 13 seats from 15 in the legislature.

The turbulent vote attracted national attention and prompted widespread condemnation of the province's elections legislation. In April, the province established an all-party committee to modernize its Elections Act.

The office of committee chair John Hogan, the province's justice minister and attorney general, did not respond to questions about whether campaign financing would be part of the discussions.

Williams said it should be.

"This is embarrassing," Williams said. "We're playing true to form again. We're making ourselves the butt of jokes for our inability to manage our democratic institutions in a more serious way."