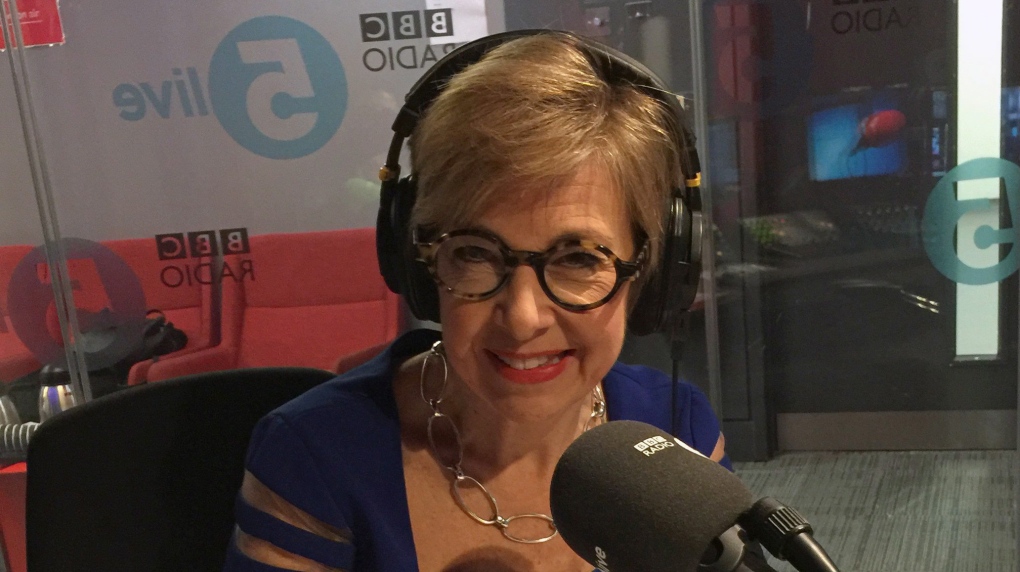 LONDON -- A Halifax-born banker who is a fierce advocate of gender equity in corporate boardrooms has been named a Commander of the Most Excellent Order of the British Empire by Queen Elizabeth.

Brenda Trenowden is head of the Financial Institutions Group in Europe for ANZ Bank and global chairwoman of the 30% Club, which campaigns for greater representation of women on the boards of the London Stock Exchange's top performing companies.

She says she has been overwhelmed by congratulatory notes and flowers since the Queen's Birthday Honours List was released this month.

"It's a big deal in the U.K.," says Trenowden, who can now use the post-nominal initials CBE after her name.

Trenowden, who for three years also served as president of the City Women Network -- a businesswomen's group in London -- says she advocates for better gender balance on boards and in executive management "not because it's what's right but because it's proven to be better for business."

She says there is a "mountain of research" that shows gender parity in the workplace is good for a company's bottom line.

Despite her adopted homeland, Trenowden calls herself "100 per cent Haligonian" and returns to Nova Scotia every August with her husband and two children.

She grew up in the working-class neighbourhood of Fairview, and went to Halifax West High School.

After completing a business degree at Queen's University in Kingston, Ont., Trenowden was offered a one-year internship with IBM in Hong Kong.

"It was 1989, just after Tiananmen Square," she says, noting that she had never been outside North America. "It was quite a big eye opener for a small town Haligonian who'd lived in Halifax and Kingston."

Trenowden then moved to Toronto, which she says felt boring after a year in Hong Kong.

On a whim -- and with a ticket from a friend -- she went to London for a long weekend and managed to land a job as a technical stock market analyst.

"I knew nothing about stock markets at all but managed to learn this job," Trenowden says. "I did that for almost a year but really didn't enjoy it at all."

Then she was offered a "brilliant" job as an emerging market equity analyst with Citibank, sparking a passion for international business.

Still, she confronted sexism in the corporate sector, with an old boys' club culture persisting in many of the top financial companies.

"The environment in the early 1990s in London on a trading floor was very, very sexist and there were not a lot of women," she says.

She soon fell in love with an Englishman, and had two children. In 2006 she turned to corporate banking and moved to a "very traditional bank" with few female leaders.

"I had an opportunity to start paying back and to create mentorship opportunities to help the younger women and hire more women," says Trenowden.

She'll find out in the coming days whether she'll go to Buckingham Palace or Windsor Castle to receive her medal -- either from Prince Charles or the Queen herself.

"I've been battling a very rare cancer for the past year and a half," she says. "My family has been absolutely amazing ... I consider the award belongs to them as much as me, especially my husband."

Rather than dial back her work, however, Trenowden says cancer has "helped with my resilience and given me a focus."

"Doing things like this work on gender diversity give you such a sense of purpose."