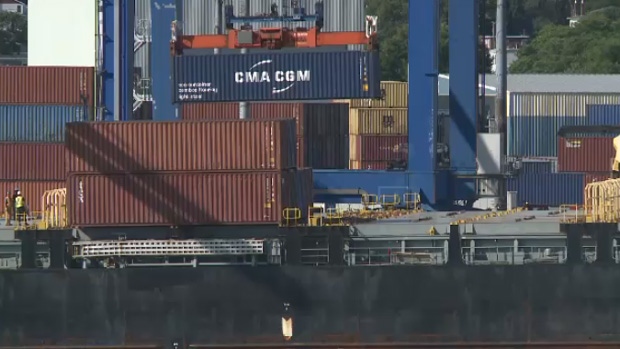 The Ceres Fairview Container Terminal in Halifax is under new ownership after being sold to PSA International.

Headquartered in Singapore, PSA is the same company that owns the Atlantic Hub terminal in the city’s south end.

The Fairview Ceres terminal had been owned by the Japanese company Nippon Yusen Kabushiki Kaisha.

“PSA Halifax’s Atlantic Hub was our group’s first coastal terminal investment in Canada, and we are pleased to be given the opportunity to also operate the Fairview Cove terminal,” said Tan Chong Meng, the group CEO of PSA, in a news release.

“This will allow the port to expand its service offerings and transform it from a coastal, to a global hub port.”

To this end, the port says the deal will allow the expansion of roll-on roll-off capabilities, where goods can be transported via rail and then onto container ships.

In recent years, PSA has expanded its handling capability of mega vessels at the south end terminal.

Captain Allan Gray, the president and CEO of the Halifax Port Authority, said the move will allow the Port of Halifax to remain competitive in the world of shipping.

“We know that the cargo owner has options and decides what is best for them after carefully weighing, time, reliability and cost,” said Gray.

“So with a new long-term lease agreement in place with PSA Halifax and more streamlined operations from the pilot station right through to the terminals, we are confident.”