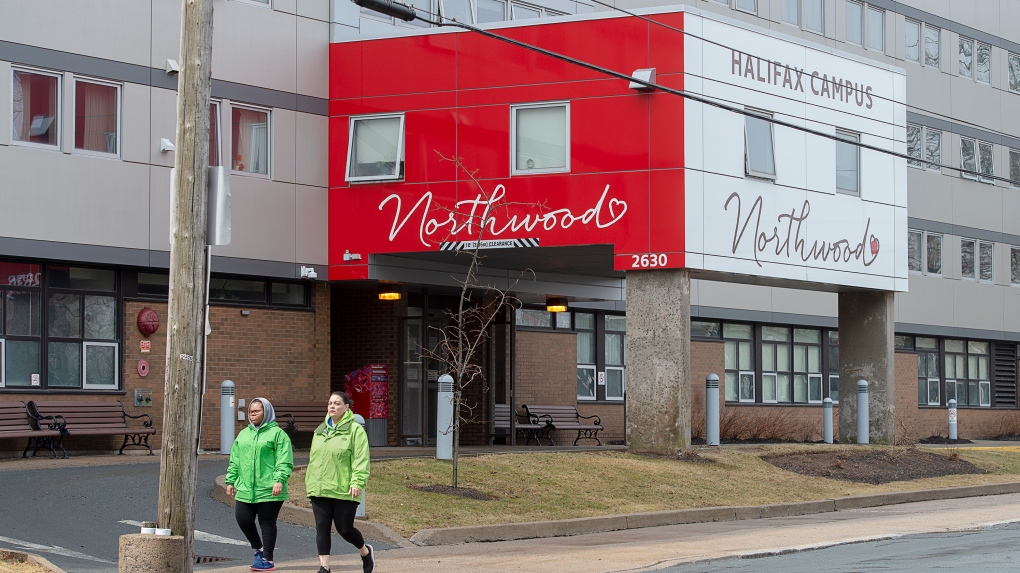 Two women walk past Northwood Manor in Halifax on Monday, April 13, 2020. The facility, one of the largest nursing homes in Atlantic Canada (THE CANADIAN PRESS/Andrew Vaughan)
HALIFAX -

Nova Scotia is looking to move toward its goal of having 20 per cent of food purchases come from local sources by 2030 through a new financial incentive for institutions with large kitchens.

Morrow said the Northwood residence is getting up to $25,000 from the program, which is expected to be expanded to other nursing homes as well as public schools, hospitals, universities and correctional facilities.

"We've got work to do to hit that target, and so we figured why not start with some of the biggest kitchens in the province," the minister told reporters.

Morrow said Northwood will get $12,500 to help cover startup costs and the remaining half of its allocation as it begins to add more local food to its offerings for residents.

He said future allocations will be based on the size of an institution, so organizations could get less or more in financial support depending on the need.

Morrow said his department is working with the Nova Scotia Federation of Agriculture and provincial processors to ensure supply will meet the eventual demand.

Stephanie Hefford, Northwood's manager of food production, said the 385-resident facility currently gets about 18 per cent of its food through local sources. She said the provincial incentive will help the facility with its costs and it's hoped the program will boost Northwood's use of local food by another five per cent.

"It's the behind-the-scenes work that's been a little more difficult, getting it (food) from the farm to a truck to Northwood," she said. "Buying local isn't cheap and the incentive will definitely help."

In particular, Hefford said the facility is looking to increase its use of local protein foods such as meat, fish and dairy products.

"We are looking at smaller vendors (farms) and how we can get them into our larger facilities," she said.

As far as the overall provincial purchasing target, Morrow said his department is continuing work to determine how much local meat and produce is currently being purchased by Nova Scotians in order to set a baseline figure to work from when it releases a food and beverage strategy.

"It's a complex number to figure out ... we would hope to have a preliminary figure by next month," he said.

WHO declares COVID-19 global emergency isn't over. What happens next?

The World Health Organization decided Monday not to end to the COVID-19 global public health emergency it declared three years ago, even though the pandemic has reached what the international body calls an 'inflection point.'