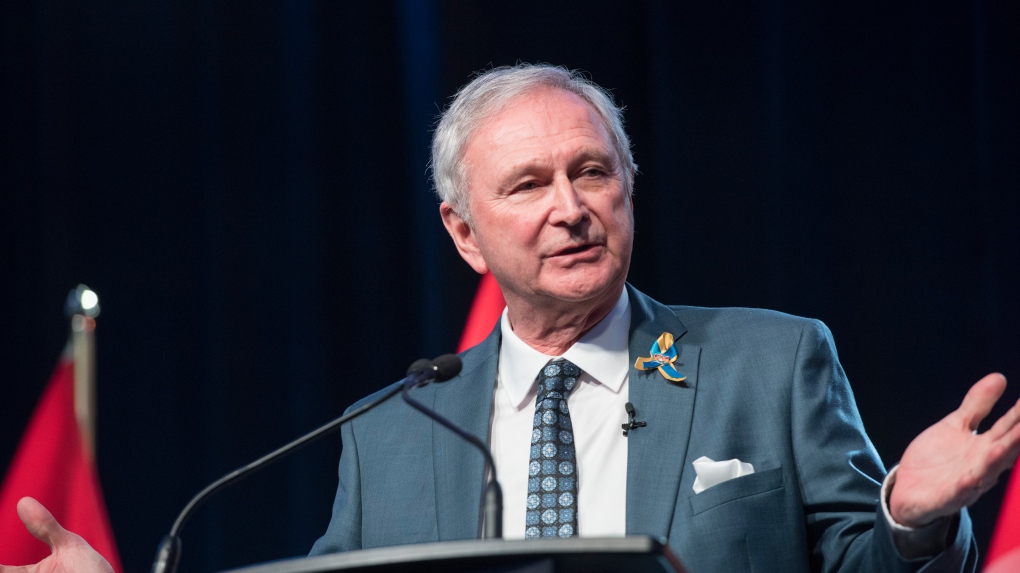 FREDERICTON -- New Brunswick's premier says a liquefied natural gas facility in Saint John could be modified to reverse the flow and help reduce Europe's reliance on fossil fuels from Russia.

Blaine Higgs told reporters Wednesday that the Saint John LNG plant, which currently imports liquefied natural gas from the United States, could be retrofitted to export gas in about three years.

Higgs said governments need to look for energy solutions so that the economy isn't at the mercy of Russia.

"What is the reality today that we can actually move on today and actually have solutions today and we won't be held ransom by Russia? Because that's what our economy is being held to," Higgs said in Nova Scotia after a meeting with the other Atlantic premiers. "It's what Ukraine is facing. That's what we're facing in the world. We shouldn't have this exposure right now."

Higgs said the owner of the Saint John plant, the Spanish firm Repsol, has had meetings with the federal government on turning it into an export facility.

Saint John LNG spokesman Michael Blackier said Repsol is always looking to maximize the value of the terminal, but he would not comment specifically on Higgs's proposal.

In a statement Wednesday, Blackier said the company will look at any business "that enhances or creates value at Saint John LNG, including the potential to add liquefaction capabilities to the existing facility."

As for natural gas, "we are already connected with supply from the U.S. but it wouldn't necessarily be an adequate supply for the size the plant needs to be," Higgs said.

The premier said he has had preliminary discussions with First Nations and with developers who have looked at the shale gas resources in his province.

New Brunswick has had a moratorium on shale gas projects for seven years, since a previous Liberal government legislated five conditions that must be met in order for the development to be allowed. The conditions include a plan for wastewater disposal and consultations with Indigenous communities.

Higgs said expanding the industry would mean more than just giving companies money to develop the resource. "It's a matter of giving them the runway and the policies to allow it to happen," he said.

This report by The Canadian Press was first published June 29, 2022.