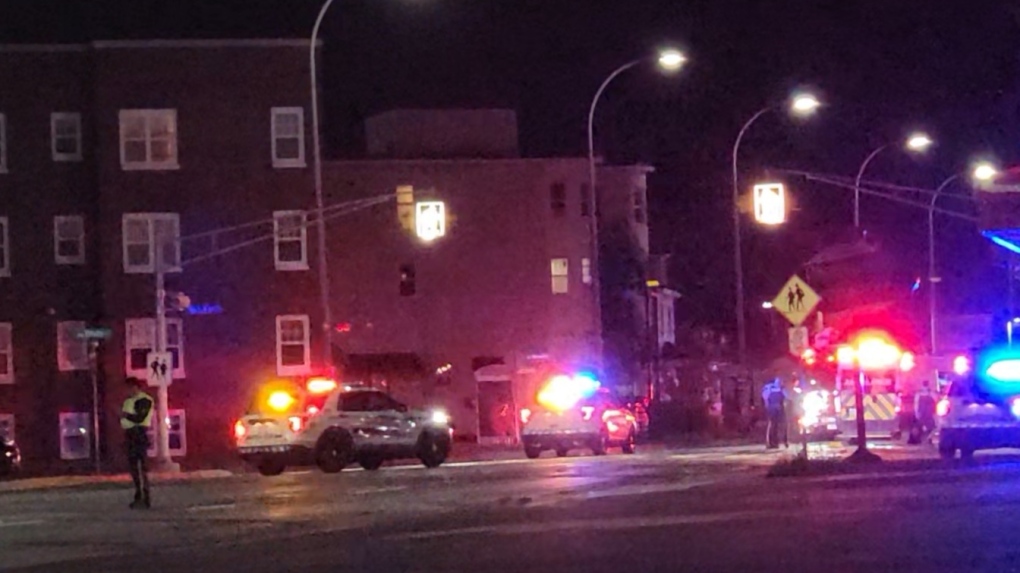 On June 23, 2021, at approximately 11:10 p.m., RCMP responded to a report of a pedestrian struck by a vehicle on Mountain Road near Walsh Street. (Photo courtesy: Wade Perry)

HALIFAX -- RCMP in New Brunswick made an arrest Thursday afternoon after a motorist was allegedly involved in a hit and run with a pedestrian in Moncton.

Around 11:10 p.m. on June 23, the Codiac Regional RCMP responded to a report of a pedestrian who was struck by a vehicle on Mountain Road near Walsh Street. Police say the vehicle left the scene before officers arrived.

The pedestrian, a 22-year-old woman, was transported to hospital with life-threatening injuries.

Police describe the vehicle as a black, four-door sedan. It was last seen driving westbound on Mountain Road from Walsh Street.

Anyone who witnessed the incident, was in the area at the time of the collision, or who has information about the vehicle or driver involved, is asked to contact RCMP or Crime Stoppers.