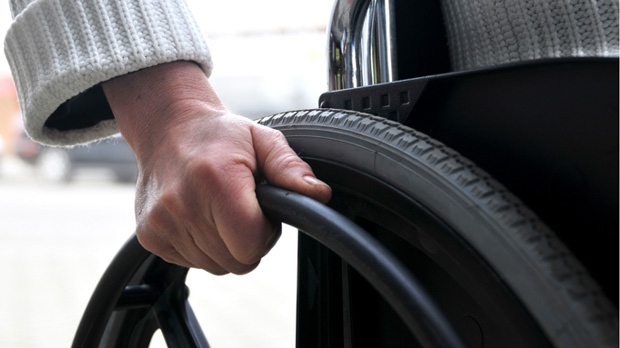 HALIFAX -- The Nova Scotia government discriminated against people in wheelchairs by failing to enforce a regulation requiring restaurants to have accessible bathrooms, a human rights board of inquiry has found.

The independent board of inquiry said in a decision released late Thursday that the province did not regulate food safety provisions related to having accessible washrooms in restaurants with patios.

As a result, chairwoman Gail Gatchalian ordered the province to interpret, administer and enforce the regulations as they appear.

"The respondent discriminated against individuals who use wheelchairs for mobility in its administration and enforcement ... of the Food Safety Regulations contrary to ... the Human Rights Act," she wrote in the decision, released through the Nova Scotia Human Rights Commission.

She also ordered that each of the five complainants receive $1,000 in general damages.

The five complainants, who all have disabilities and use wheelchairs, argued that the language in the regulation is vague and does not take the experiences of people with disabilities into account.

They also said the lack of an accessible washroom prevents them from washing their hands before eating.

"This poses a health risk for the individual, and a potential health risk for others," Gatchalian wrote. "The Restaurant Association is supportive of the idea that restaurants should be accessible."

The association, however, was concerned about the cost of requiring restaurants to have washroom facilities for the public that are accessible to wheelchairs users.

As an example, it said the cost to renovate a restaurant to be accessible was $135,000.

The association said there are more than 100 accessible food establishments within a five-kilometre radius of downtown Halifax.

Under Nova Scotia's Health Protection Act, food establishments must have washrooms available for the public in a "convenient location," unless exempted by an administrator.

But while the regulation requires restaurants to have their bathrooms conveniently located, one complainant said that sometimes they are inconvenient -- even inaccessible -- for people with disabilities.

Some establishments have their washrooms up or down a set of stairs in a building that doesn't have an elevator, while others may have doors that are difficult to open or stalls that aren't wide enough.