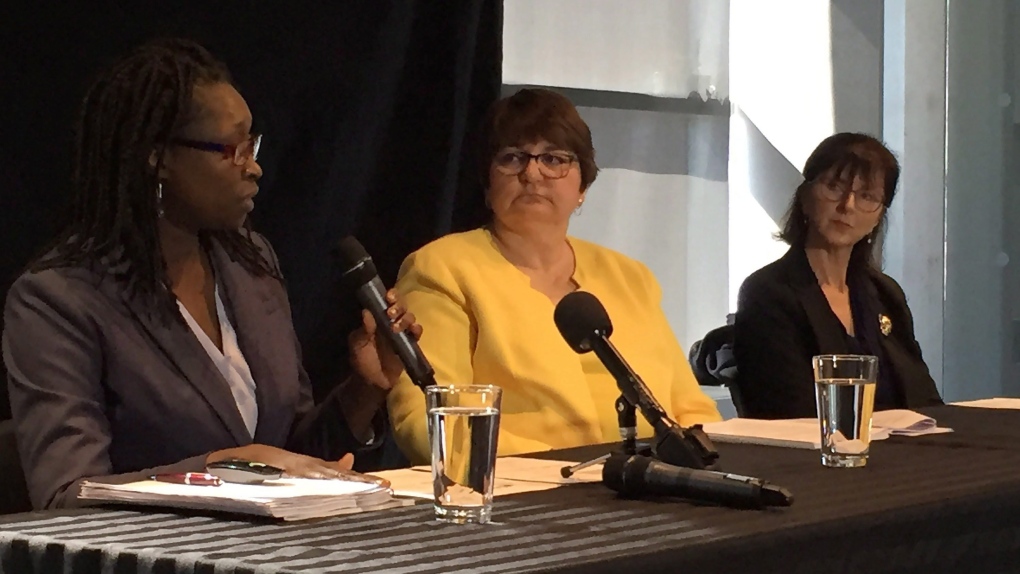 In the second year of a five-year plan to improve the system, there is anecdotal evidence of improvements for students with learning disabilities and other challenges, deputy education minister Cathy Montreuil told a legislature committee.

Inclusive education, as defined by a provincial commission that studied the issue, involves specialized programs and help for students with learning disabilities. It's also aimed at addressing issues of social inequity experienced by African Nova Scotians and Indigenous Peoples.

The deputy minister said nearly all of the 21 students involved have achieved math credits at advanced levels, opening up opportunities for further education and helping them become mentors to younger black students.

The educator told the committee that fresh funding has added 364 staff with jobs tied to inclusive education, including specialized teachers, staff in alternative schools, support workers and a variety of education specialists and non-teaching staff.

However, Claudia Chender, an NDP member of the legislature, asked why the province wouldn't provide the opposition with details of whether it's meeting specific goals set out by the Commission for Inclusive Education, which released its "Students First" report in March 2018.

Chender said her party has received blanked-out pages from the Education Department when it asked for progress reports through the Freedom of Information Act.

"Try as we may, we cannot figure out what the road map is that's being followed by the department," she said.

The three-person Commission for Inclusive Education -- with a chairperson appointed jointly by the teachers' union and the province -- was created following a brief teachers' strike in 2017.

Dozens of teachers testified before a legislature committee at the time that poorly implemented and underfunded inclusion policies had made classrooms chaotic for children in specialized programs and their classmates.

The commission pointed out in 2018 that "a significant percentage of students do not possess the grade-level skills in reading, writing, or mathematics that are essential to school success."

It also said "a growing number of students have severe behavioural challenges that interrupt the teaching, learning and safety of themselves and others."

Montreuil testified that one improvement since the commission's report has been an increase in educational assistants, with one now available for every 52 students, compared with the original goal of one for every 100 students.

During the hearing, she also said about 70 per cent of children in Grade 3 are meeting literacy goals.

However, opposition members of the legislature committee pointed out that means nearly a third of Grade 3 students -- close to 2,700 children -- still aren't achieving the goals.

Montreuil said her department is seeking more detailed information from teachers about the specific problems the children are facing.

"We've asked the schools (this year) to focus on three questions: How are the children doing? How do we know? And how are we going to improve?" she told the committee.

Brad Johns, a Progressive Conservative member of the legislature, said he remained concerned about a lack of flexibility in the system for children with learning disabilities.

Johns said he wondered why his daughter -- who he said has a learning disability in reading -- is required to study French, when she could be focusing her efforts on literacy in her primary language.

Ann Power, the provincial Education Department's executive director of student services and equity, said a new consultant has been hired to "look at ways to be more flexible and nimble in the curriculum."

This report by The Canadian Press was first published Jan. 28, 2020.