Inuk woman released from hospital after struggle with liver failure 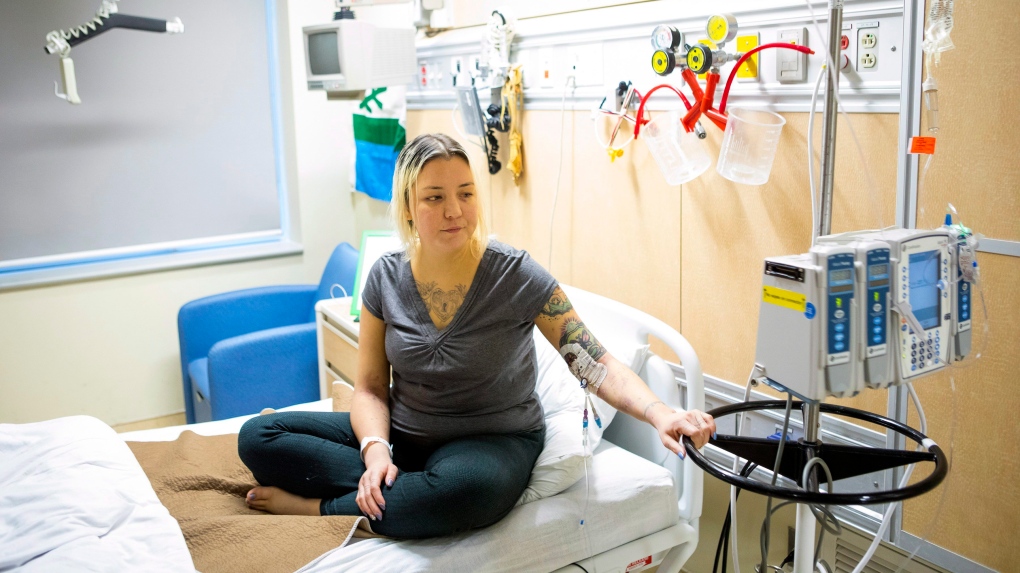 ST. JOHN'S, N.L. -- An Inuk activist from Labrador whose struggle with acute liver failure sparked a national discussion about an Ontario transplant policy is being released from hospital in what her friends and family are calling a "Christmas miracle."

Delilah Saunders, 26, has been discharged from Toronto General Hospital's transplant unit and is returning to Newfoundland to live with family for the next few months while she recovers.

Saunders said she has made a "miraculous" turnaround since being diagnosed with acute liver failure about two weeks ago, and doctors told her it doesn't look like she'll need a transplant in the immediate future.

"People were coming in, they were expecting to just be saying goodbye to me. Even the nurses, the doctors, they didn't have much hope for my recovery," she said in a phone interview while en route to St. John's on Sunday. "(Doctors) were really surprised and pleased at how my body fought back."

Saunders, who is a prominent activist for Aboriginal women, said she was "overwhelmed" by the outpouring of support for her case, which put a spotlight on an Ontario transplant program's policy requiring patients with alcohol-related liver disease to be sober for six months before being eligible for a transplant.

Saunders said she was initially told she was ineligible because of the Ontario rule, which her family criticized as discriminatory towards Indigenous citizens, the poor and other marginalized groups.

Her struggle set into motion a campaign to have the policy overturned that drew support from Amnesty International and Aboriginal groups, and inspired vigils across the country. As the issue gained traction, Saunders said she had to turn down offers from friends, strangers and even a few former flames who volunteered to be her organ donor.

While her condition has improved, Saunders said she plans to keep advocating on behalf of other patients who are denied potentially life-saving treatment because of the alcohol-use policy.

"Families have been reaching out to me to express not only their support, but their experiences," she said. "There are families who have lost loved ones due to these policies. There are people that didn't know they could challenge these policies."

Transplant doctors have cited evidence that some alcoholics return to drinking after a transplant of the organ, and the transplant may not succeed as a result.

Saunders said the Trillium Gift of Life Network, the organization that oversees organ donations in Ontario, must change the six-month abstinence rule because it is too "restrictive" and does not fully account for individual circumstances.

Having struggled with alcohol abuse since the murder of her sister Loretta in 2014, Saunders said she was on the path to sobriety in the months leading up to her liver failure.

She said she relapsed after giving emotionally charged testimony before the National Inquiry into Murder and Missing Women and Girls at Membertou First Nation in Cape Breton in October, but had it not been for that "brief slip," she would have been weeks away from meeting the six month sobriety requirement.

She believes her condition was primarily triggered by a buildup of Tylenol that she was taking for jaw pain.

The pain medication has been linked to liver injury and lawyer Caryma Sa'd, who is representing Saunders, said her client is looking for affordable dental-care options so she can get the surgery she needs to address the "underlying problem."

"The silver lining to this ordeal has been the outpouring of public support, which has drawn attention to inequities in Canadian healthcare policy," Sa'd said in an email on Sunday. "There are important discussions to be had about eligibility for organ transplants and gaps in the provision of health services for (Indigenous Peoples)."

Sa'd called her client's recovery a "Christmas miracle," and Saunders said her family is inclined to agree.

As doctors continue to monitor her condition, Saunders said her first-hand experience navigating the health system will fuel her campaign to increase access to medical care for Indigenous Peoples and others.

"What I'll really be taking away is that extra assurance that I have to speak out. I have that responsibility," she said.

"I'm just grateful to be alive. I'm so grateful that I'm still here and that I can still fight, and it's really given me an extra boost of fire, of drive, to be able to fight ... for people's rights."