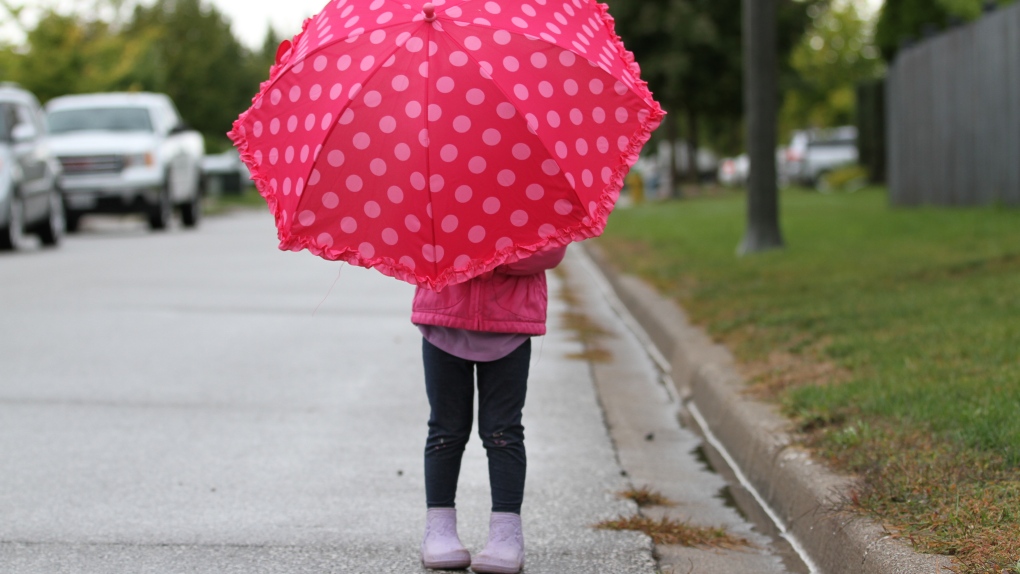 Parts of the Maritimes are in for a round of soggy weather to close the week, as a front and low pressure system move in from the south.

Rain and showers will arrive off the Atlantic and fill in across Nova Scotia Thursday evening and night. By late night, some shower activity will reach southern New Brunswick and Prince Edward Island. There is a risk of embedded thunderstorms within the rain for Nova Scotia. 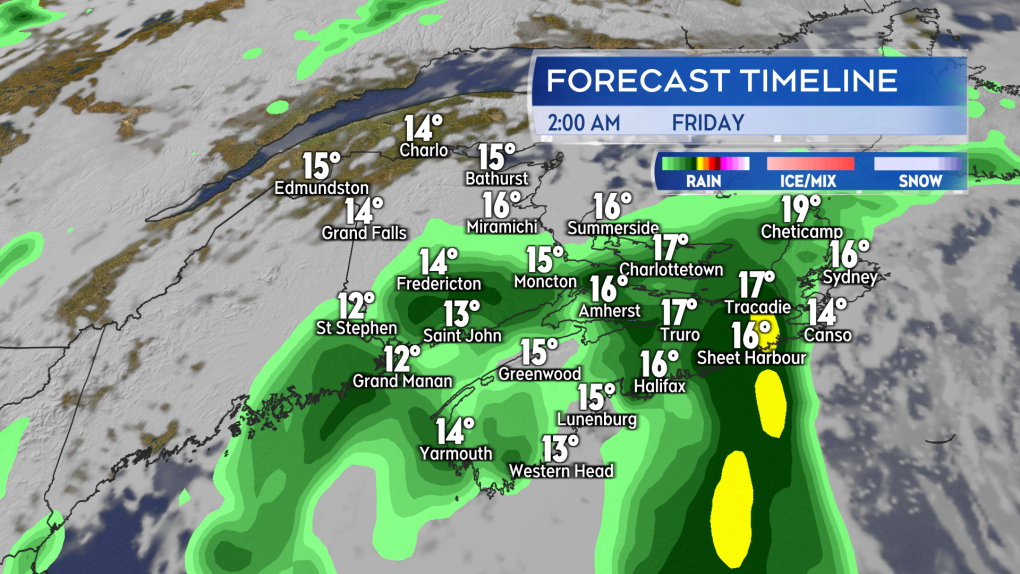 There will be periods of rain for both Nova Scotia and Prince Edward Island on Friday. Moncton and the southeast of New Brunswick could also see some of the steadier wet weather. Scattered showers are expected through the day for the remainder of New Brunswick. 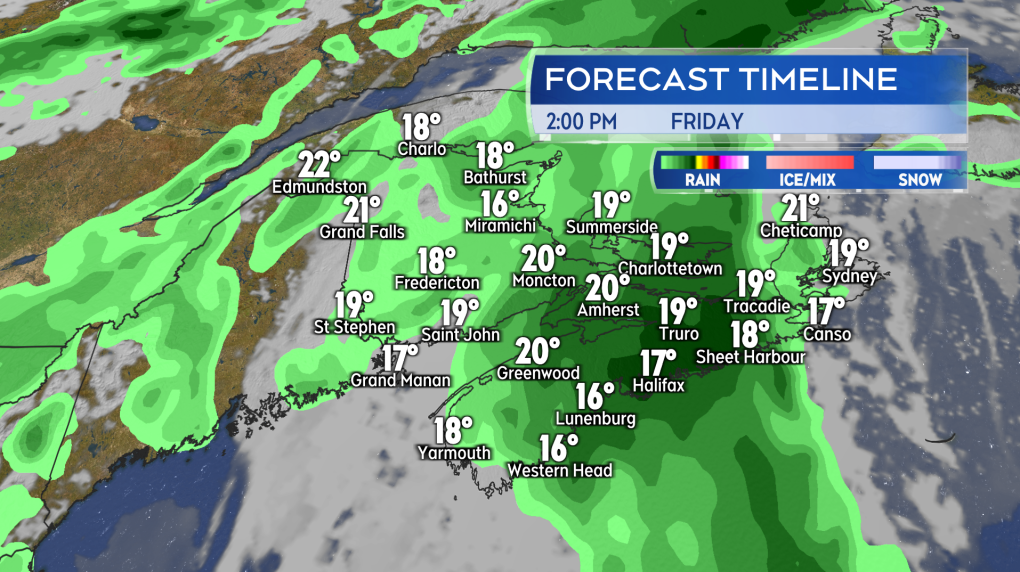 The heaviest rain looks like it will be centred on eastern mainland Nova Scotia. Eastern Halifax County and Guysborough County look likely to pick up a widespread 30 to 60 mm of rain. Cape Breton and the remainder of the Atlantic coast of Nova Scotia will see local totals of 20 to 40 mm in the event of a downpour or thunderstorm. A Special Weather Statement regarding the potential for heavier rain has been issued by Environment Canada for eastern mainland Nova Scotia and Cape Breton. With the risk of downpours and thunderstorms for Nova Scotia, rainfall rates could be high. Visibility may be reduced at times and hydroplaning conditions present on roads.

Prince Edward Island can expect rain totals of 10 to 30 mm, with lower amounts up west and higher down east. Rainfall should generally total 10 mm or less for New Brunswick.

The bulk of the rain and showers will end by late Friday night, followed by some weekend heat. 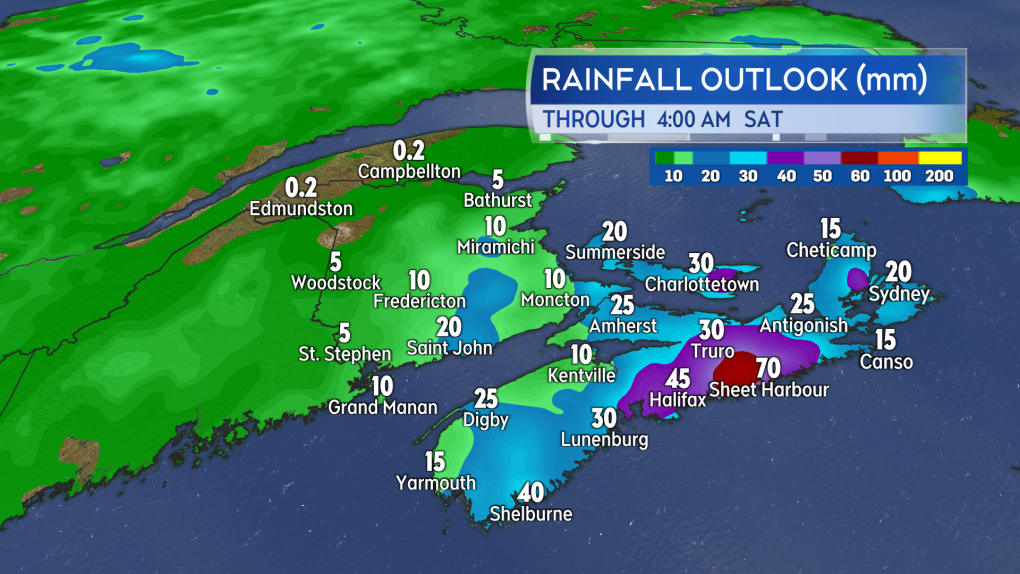 The heaviest rain looks like it will be centred on eastern mainland Nova Scotia. Environment Canada has issued a Special Weather Statement regarding the potential for heavy rain for the east of that province.

A plume of hotter air looks set to build out of the northeastern U.S. and into the Maritimes this weekend. High temperatures on Saturday should reach the low-to-mid 20s for most, with some high 20s for New Brunswick. There is a chance of a shower or thunderstorm Saturday afternoon into evening. The area most likely to see some pop-up showers or thunderstorms includes southern New Brunswick, Prince Edward Island, as well as northern and eastern Nova Scotia. 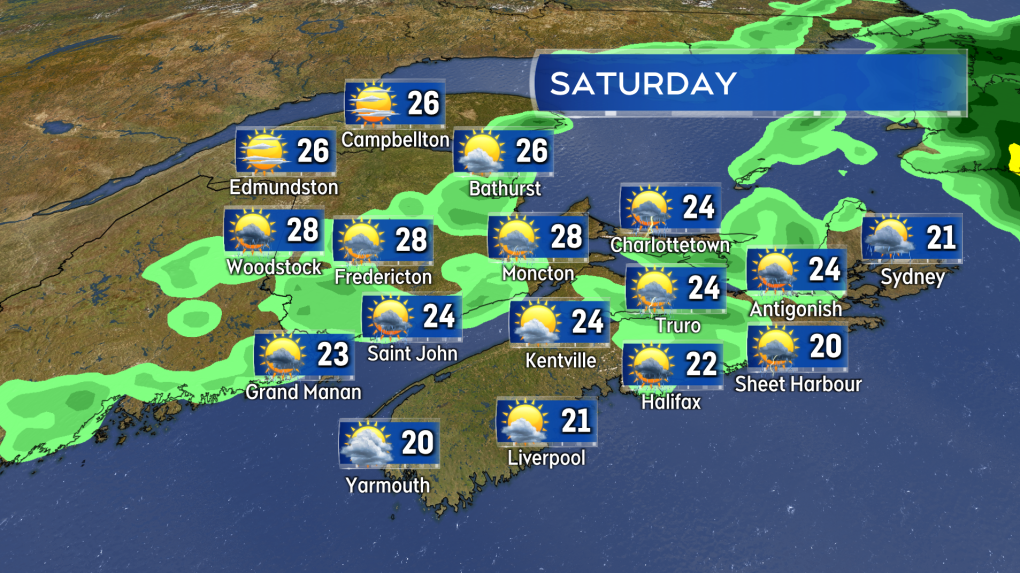 Warm to hot high temperatures are forecast for Saturday. A low risk of spotty showers and thunderstorms popping up afternoon into evening.

Mid-to-high 20s will be fairly widespread on Sunday, except cooler for areas directly on the coast. There will be an increase in humidity with this weekend’s temperatures, so expect it to feel more muggy as well.

For those who find the heat and humidity difficult to deal with, temperatures are expected cool with a round of showers moving through late Monday into Tuesday.