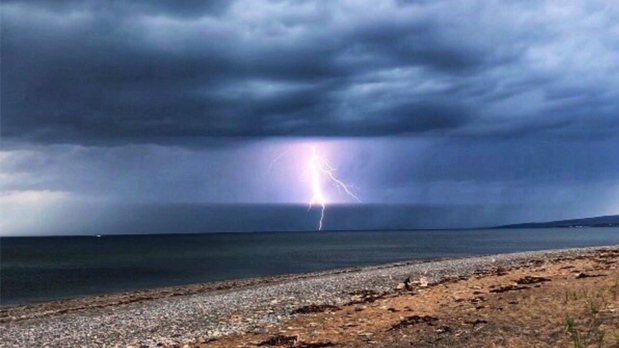 A photo taken by Elisha Lake in Big Island, N.S. shows a thunderstorm in May 2021. (SOURCE: Elisha Lake)

Some warmer temperatures are expected for the Maritimes during the upcoming May long weekend. With that, however, brings a few rounds of showers with a risk of thunderstorms.

Saturday morning starts sunny in the Maritimes, with increasing cloudiness forecast for the afternoon and into the evening. Broken showers with a risk of thunderstorms will develop in northern New Brunswick Saturday afternoon.

The showers and thunderstorms then move into southern across New Brunswick evening and night. Nova Scotia and Prince Edward Island will likely see showers with a risk of thunderstorms Saturday night into Sunday morning. 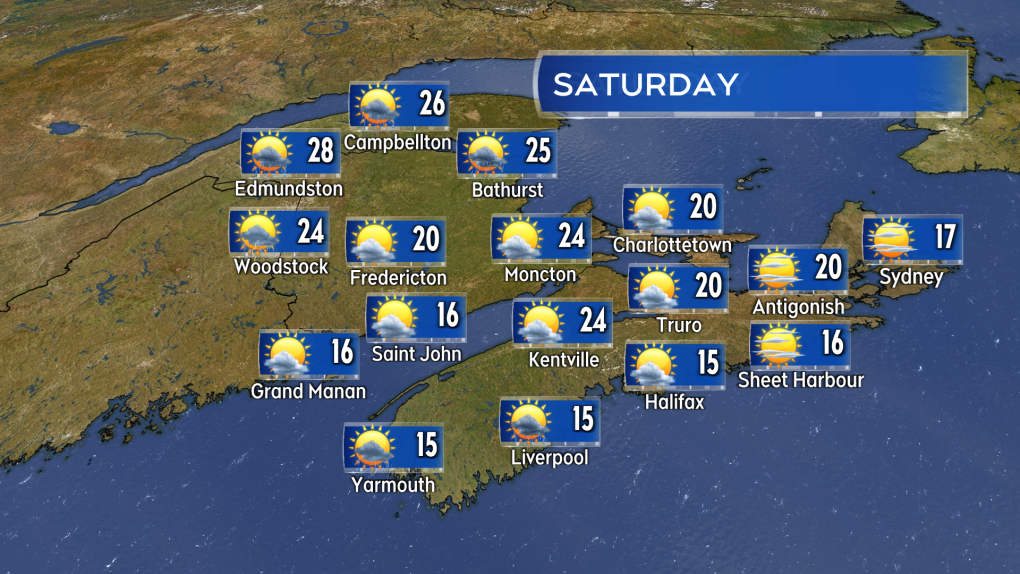 A second round of showers and thunderstorms will develop Sunday afternoon in New Brunswick, along a weather front. The front moves into Nova Scotia and P.E.I., Sunday night into Monday morning, bringing scattered showers to those two provinces. 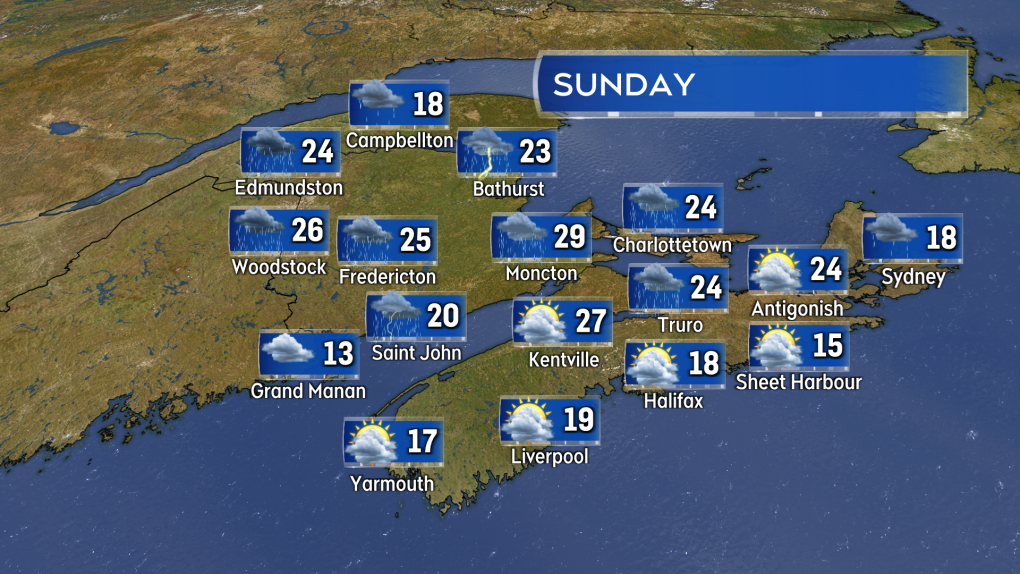 Intermittent showers may linger into Monday afternoon for Nova Scotia and P.E.I., before clearing Monday evening. 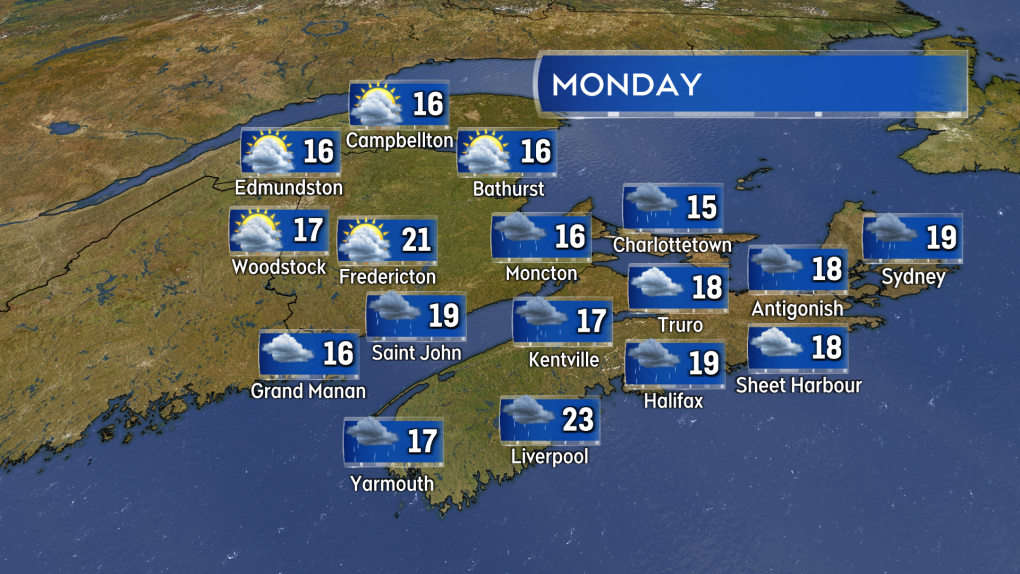 Are you running in Nova Scotia's Blue Nose Marathon events this weekend? If so, it’s favourable weather conditions in Halifax Saturday, with Sunday cloudier with a chance of drizzle.

Saturday morning will be sunny in Halifax, with temperatures rising from near six early in the morning to near 15 in the afternoon. Relative humidity will fall to near 50 per cent by the afternoon. There will be a steady wind from the south increasing to become sustained between 20 and 30 kilometres per hour. 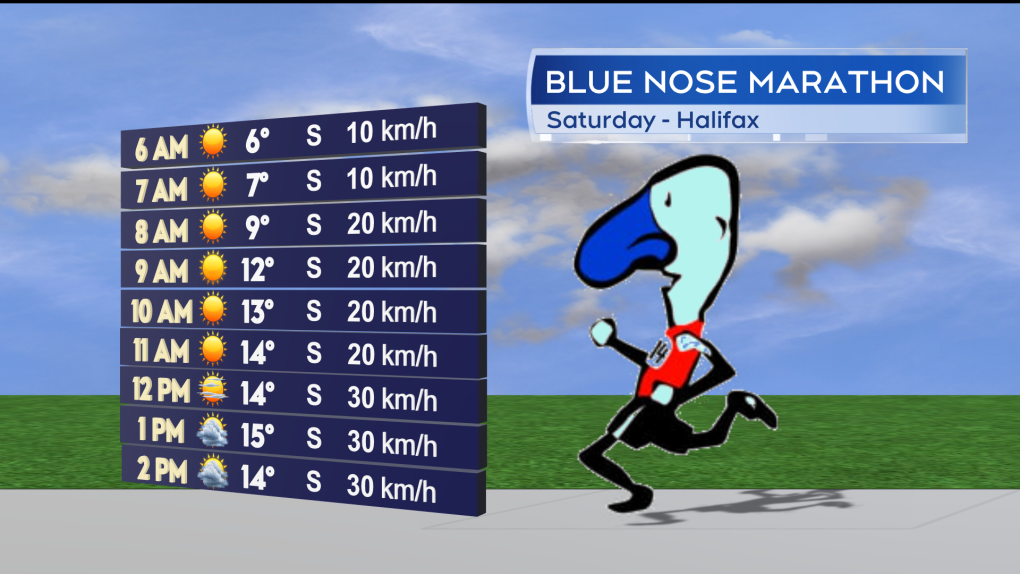 Sunday is a trickier forecast for Halifax. There will be some showers clearing early in the morning, which should be around 6 a.m.

After that, cloudy with the wind shifting south-southeast. The slight easterly shift in the wind may be enough to bring in some drizzle off the Atlantic and into the race routes. Just be aware that it may turn damp. 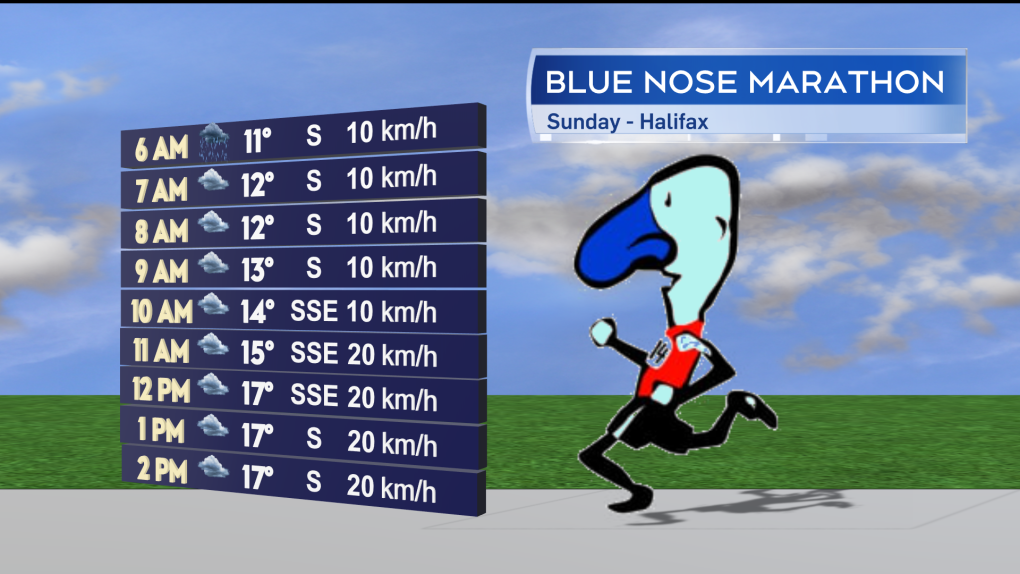 U.K. Prime Minister Boris Johnson has agreed to resign, his office said Thursday, ending an unprecedented political crisis over his future that has paralyzed Britain's government.

Here's who could replace Boris Johnson as U.K. prime minister

Boris Johnson was due to resign as Britain's prime minister on Thursday, bringing an end to a turbulent two and half years in office and triggering a search for a new leader.

The next stage in the battle against COVID-19: bivalent vaccines

Several vaccine manufacturers are racing to develop formulas that take into account the more infectious Omicron variant now driving cases, while policymakers are laying the groundwork for another large-scale vaccine blitz.

A well-known Ukrainian paramedic who was held prisoner by Russian and separatist forces for three months after being captured in the southeastern city of Mariupol has accused her guards of psychological and physical torture during her time in captivity.

Brittney Griner trial in Russia resumes amid calls for U.S. to strike deal

Jailed American basketball star Brittney Griner returns to a Russian court on Thursday amid a growing chorus of calls for Washington to do more to secure her release nearly five months after she was arrested on drug charges.

Patrick Brown to remain on Conservative leadership ballots despite disqualification