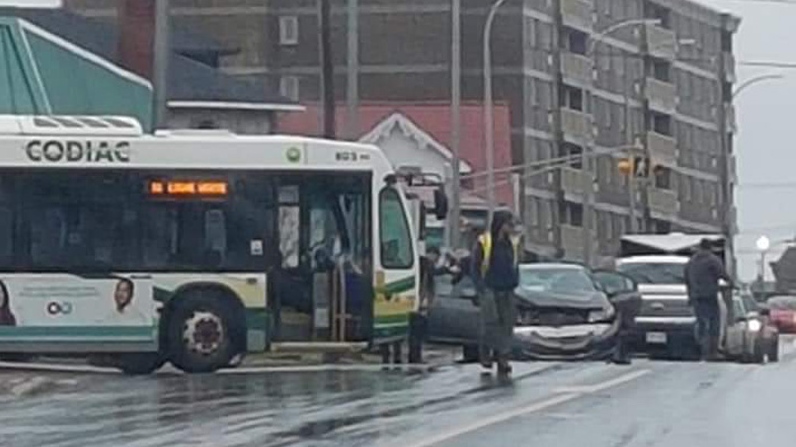 A man has died from injuries he sustained when a car and Codiac Transpo bus collided in Moncton last month.

The RCMP say the crash happened at the corner of Mountain Road and Weldon Street around 11:20 a.m. on April 23.

A passenger in the car was taken to hospital. Police say they learned this week that the man died from complications as a result of his injuries.

The 72-year-old man was from Sainte-Marie-de-Kent, N.B.

Police say the driver of the car was taken to hospital, treated, and released.

Police are investigating the collision. No other details have been relased.