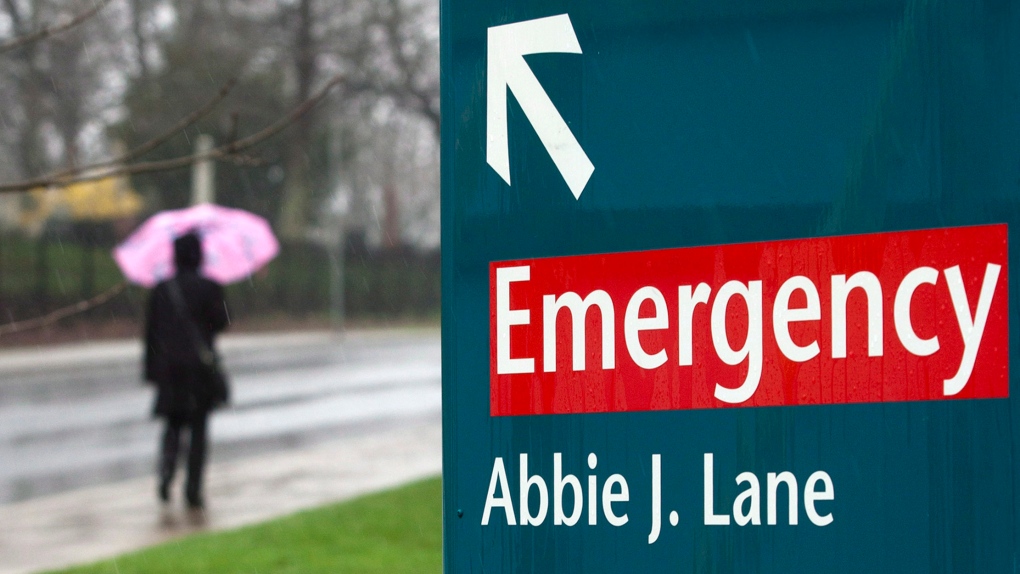 An unidentified woman heads past the Halifax Infirmary in Halifax on Tuesday, April 24, 2012. (Andrew Vaughan / THE CANADIAN PRESS)

A 56-year-old man is facing charges after he allegedly caused a disturbance at a Halifax hospital and threatened staff with a knife.

Const. John MacLeod says the man yelled threats at hospital staff and threw items inside the waiting room after being asked to leave for causing a disturbance.

Officers arrested the man without incident near Trollope and Rainnie streets a short time later.

Khaled Samara of Halifax is facing charges of assault with a weapon, possession of a weapon for a dangerous purpose, causing a disturbance, and two counts of uttering threats.

Samara is due to appear in Halifax provincial court on Friday.

The Nova Scotia Health Authority (NSHA), which operates the hospital, said it could not confirm whether the person responsible for the disturbance was a patient "out of respect for confidentiality."

"No NSHA employees or security officers were hurt as a result of this disturbance," spokesperson Kristen Lipscombe said in an email.