Maritimes in dire need of rain as drought monitor says most of region is dry, or in moderate drought 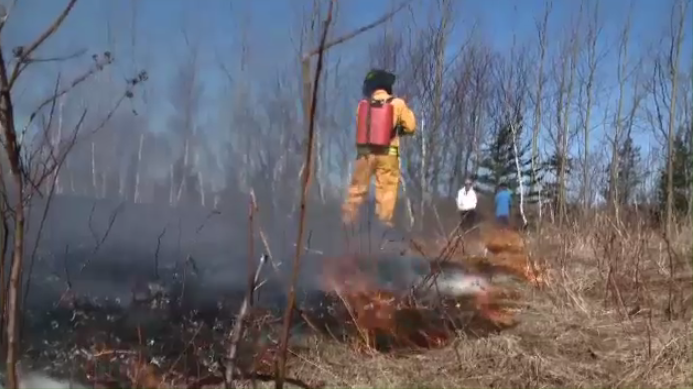 The dry weather has contributed to significant increases in the number and area coverage of wildfires in New Brunswick.

HALIFAX -- Agriculture and Agri-Food Canada has updated their drought monitor outlook through June 30 and the update places nearly all of the Maritime region in abnormally dry or moderate drought conditions. An area of severe drought was identified in northern New Brunswick.

In a written report, Agriculture and Agri-Food Canada mentions low precipitation through May and June as the primary issue, with 90 per cent of the region's agricultural landscape affected.

This is in line with my own check that had many sites in the Maritime region reporting less than 40 per cent of the 30-year climate normal amount of precipitation in June. The few areas that did report higher totals were mostly due to one-day extreme rainfalls associated with thunderstorms or downpours. The last two weeks of June were hot increasing evaporative drying. 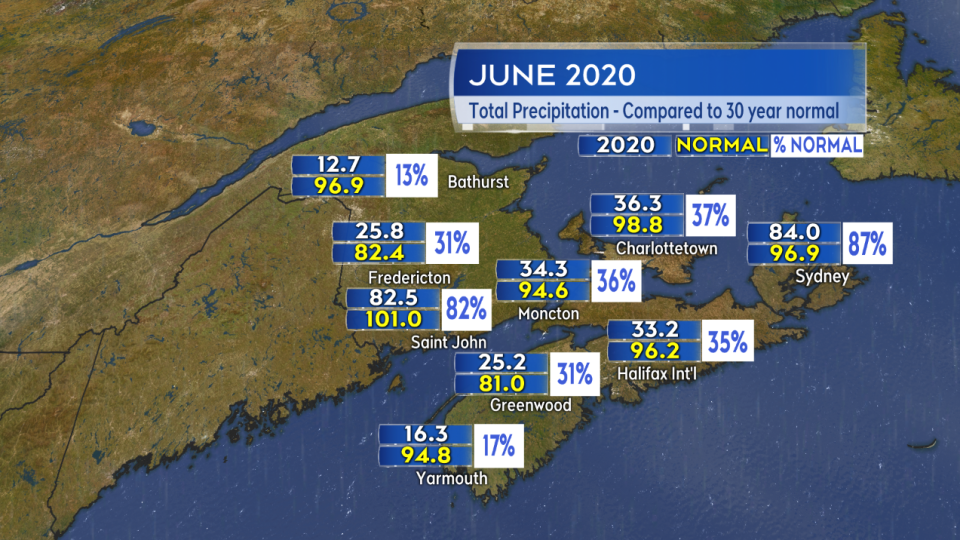 Difficulties due to the dry conditions were expressed by farmers, gardeners, and well water users in the region in this story.

The weather also contributed to significant increases in the number and area coverage of wildfires in New Brunswick.

One of the contributing factors was an unusual June weather pattern that saw a strong and near stationary high-pressure system over central Canada cycle hot, dry continental air up from Texas into the Maritimes. This led to a series of late June days that saw new daily high temperature records set along with low humidity.

We seem to have turned the corner on rain through the start of July. A series of frontal systems from the west and an influx of sub-tropical sourced moisture thanks to Tropical Storm Fay have bumped up rainfall totals in the region. Approaching the mid-point of July those same weather stations are already reporting near or more than half the typical monthly rainfall. 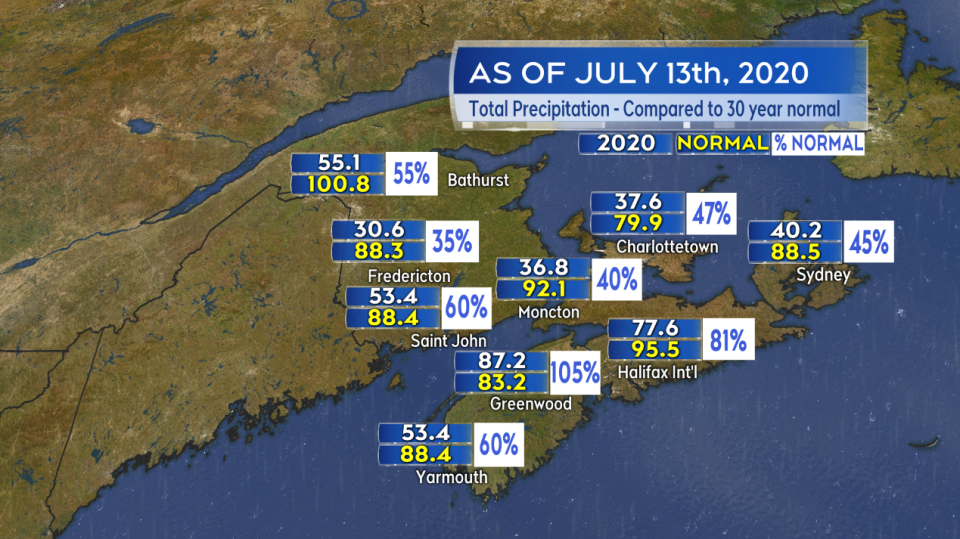 That doesn’t necessarily mean all the dry June issues have been resolved. The nature of the rain can be just as important as the totals. Rain produced by heavy downpours, such as in thunderstorms, can run-off quickly without soaking into ground-based water systems. A longer duration lighter rain can often be of more benefit because of this. There are further periods of showers in the forecast for this week along with cooler than normal July high temperatures. Early indications are for a return to sunnier, hotter, and drier weather next week.